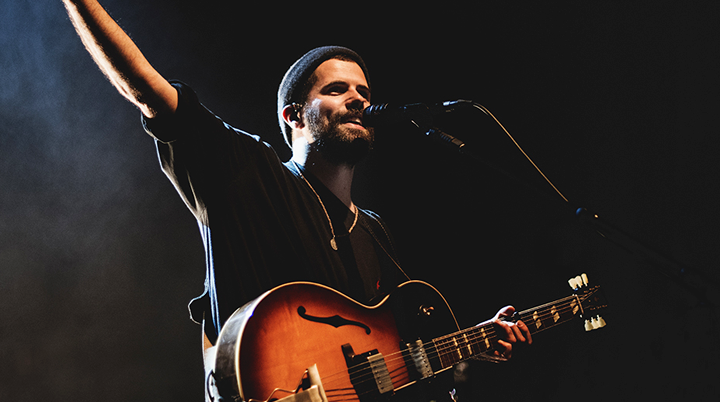 Nick Mulvey is very pleased to follow his recent triumphant headline UK tour with details of another for later this year.

Having sold out London’s Royal Albert Hall earlier this year performing as a trio, Nick will head out solo in September on an initial 18-date run at much more intimate spaces across the UK and Ireland, including towns that Nick has never previously performed at. These shows bring the evolution of Nick’s touring of his second album, Wake Up Now, on a full circle journey from five-piece, to trio, and now right back to just Nick and his guitar.

The tour commences in Belfast on the 19th September, before hitting Dublin and Cork. Nick then crosses the Irish Sea, arriving in Cambridge (a hometown show), and playing across the country right through to Nottingham on the 14th October. The dates include a night at London’s newly refurbished Hackney Arts Centre on the 26th September. The run also takes in the likes of Cork, Kendal, Pocklington and Hebden Bridge.

Ahead of the new tour, Nick takes in a series of European festivals and a handful of US dates throughout the Summer, including slots at Lollapalooza in Chicago and Outside Lands in San Francisco.

Tickets go on sale from 9:00 am on Friday 13th July via www.nickmulvey.com