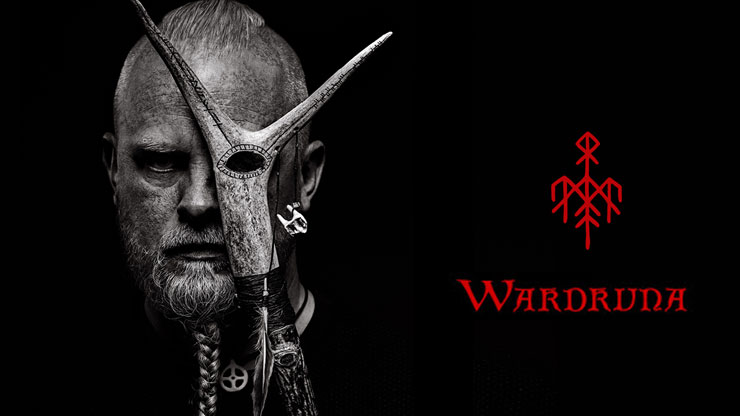 Wardruna release their fifth studio album KVITRAVN in January. Postponed for a year due to you-know-what, the album continues and expands upon the themes and soundscapes the band have created in their previous work. In a recent interview with Einar Selvik we talked about that heritage but also the new elements that have brought to the recording – the interview will be available in the New Year.

Today, 22 dec 2021, Wardruna releases Andvevarljod (The Song of The Spirit-Weavers) as a single. Described as “A central piece on the new album KVITRAVN. It explores the Nordic deities of fate; the Norns, the spinning of life threads and the Norse and Sámi common idea that a person’s spirit is connected to wind, both before and after birth. The song features guest appearances by a small group of prominent Norwegian traditional singers, Kirsten Bråten Berg, Sigrid Berg, Unni Løvlid, Ingebjørg Reinholdt alongside our own Lindy-Fay Hella.”

“On a personal level, Andvevarljod is a song I hold very dear and it was also my starting point on the new album. Musically, it gives voice to very old song traditions and on top of that it is voiced by some of the most central reasons why these traditions are being kept alive for us and the generations to come. So, special thanks go out to our guest singers for lending us their talents and for the invaluable work they do for keeping our traditions alive!”

Get it on digital here https://wardruna.lnk.to/Andvevarljod