New Project from Members of Monster Ceilidh Band, Kathryn Tickell & The Darkening and The Shee 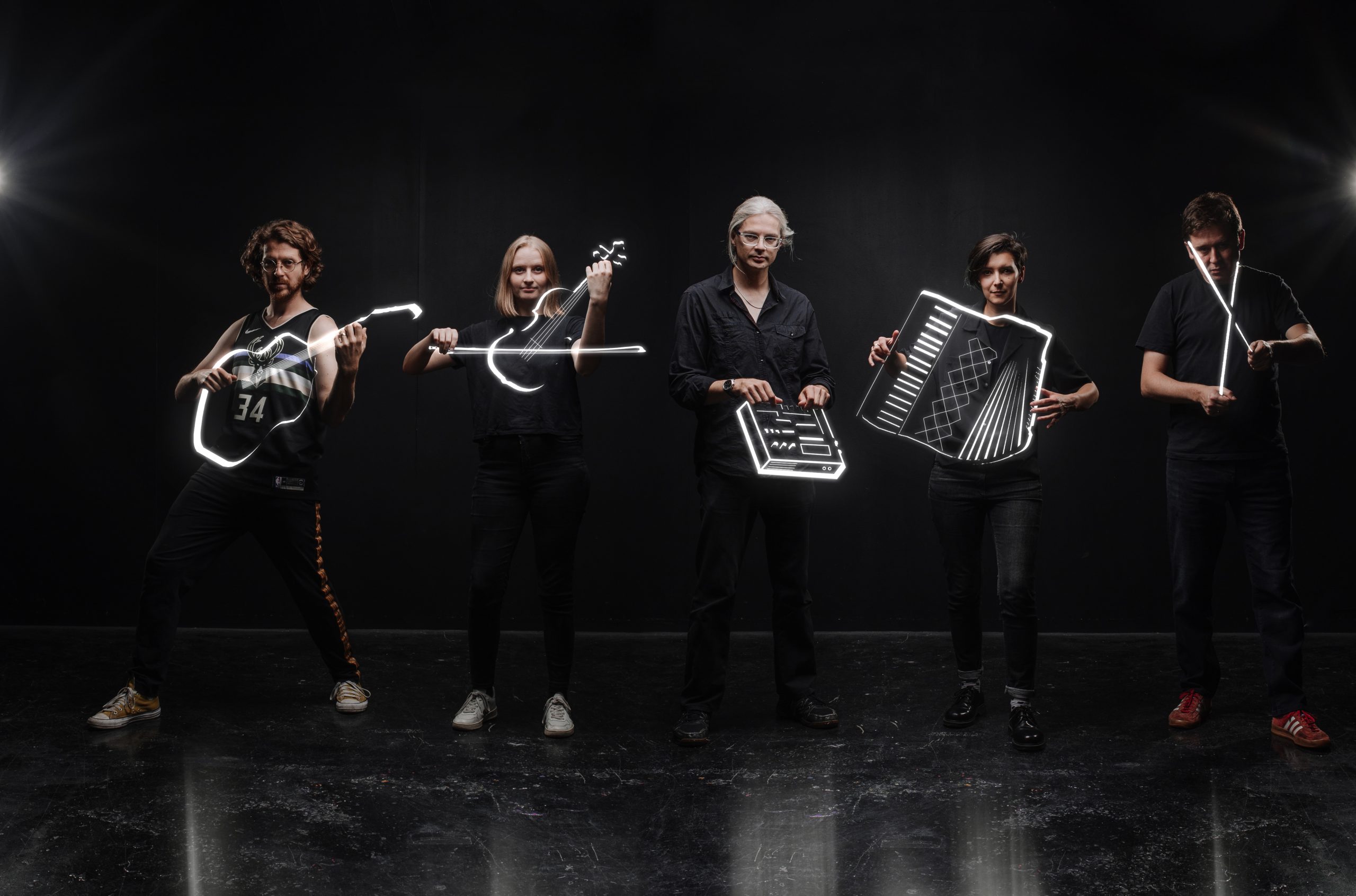 We Are The Monsters, is a new celtic folk fusion project from members of Monster Ceilidh Band, Kathryn Tickell and The Darkening and The Shee.

Here’s the first single, Trouser Worrier,  an early taste of what’s in store, ahead of the release of new EP, Mutated, which will be out on 25th March 2022.

Speaking about the inspiration behind launching We Are The Monsters, band founder and octave mandolin player Kieran Szifris said:

“Working with Kathryn Tickell and getting nominated for a BBC Radio 2 Folk Award has been a massive influence on how we approach new music, and this has led to the creation of We Are The Monsters. She gave us the self-belief we needed to create the music we really want to, without any barriers but also with a deep respect for the tradition.

We’ve all been working on this new celtic folk fusion sound, experimenting further with live electronics, beats and electronica. We’ve found inspiration from the likes of Inyal, Elephant Sessions and Niteworks, who perfectly blend heart-quickening dance tunes and heart-felt slow pieces and everything in between. I personally am proud of the work we’re doing and am looking forward to creating and performing much more music with this project in the future”