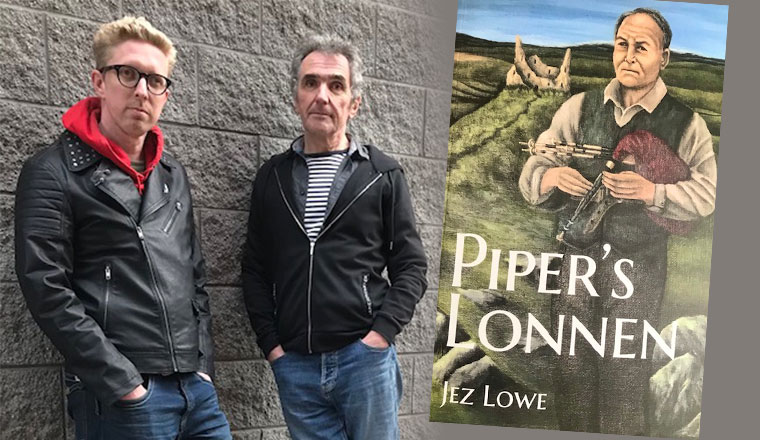 The inimitable Jez Lowe has a new book out, Piper’s Lonnen, published by Badapple Books. An album is being issued as well of songs and tunes that appear in the book, it has Jez on guitar and vocals and Andy May (from The Bad Pennies) on Northumbrian Pipes and piano.

This is Jez’s third novel following on from “The Dillen Doll” (2017 and “The Corly Croons” (2019), and once again it is inspired by the folk music and traditions of Jez’s native North East England, something that has long informed Jez’s song-writing and performances. Set in the bleak lands of the rural Tyne Valley, just as the Industrial Revolution tightens its grip on the North Country, the novel continues the adventures of the reluctant “Stranger from the South”, Evan Piper, as he comes face to face with myths, mysteries and music of Northumberland.

As one reviewer of his last novel wrote, “Like he has done so many times in song, Jez Lowe now captures the heart and soul of the North Country on the printed page… evocatively… dazzlingly…”

Jez has a series of shows lined up to promote the new book, starting with a special solo concert at Sidmouth Folk Festival on August 29th. There’ll also be two official “launches”, both featuring Jez and Andy together, the first at Edinburgh Festival Fringe on August 24th, the second at Gosforth Civic Theatre in Newcastle on September 15th.