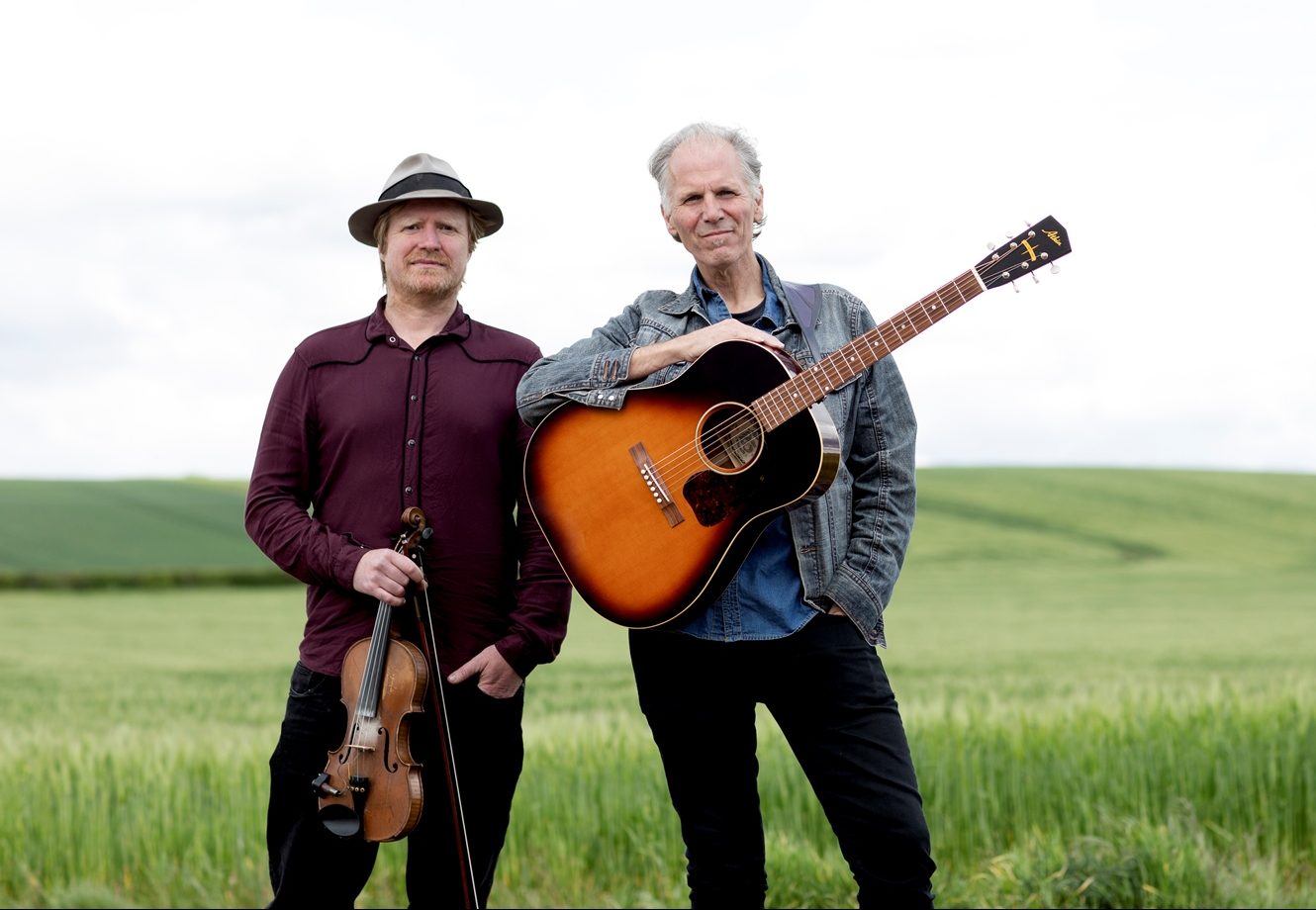 Opportunity comes from unlikely places. This past year it came to guitarist-singer-songwriter Brooks Williams in the shape of a ghostly, stealth-winged flyer with a heart-shaped face. The Barn Owl, Hoolet, Billy Wix or Ghost Owl.

It all started when Wildlife Conservationist and Filmmaker/Photographer Simon Hurwitz, featured on The One Show on the BBC recently, asked Williams to record a couple of guitar tunes to accompany a few of his short films. The two are related, so they know each other’s work. At the time, Williams had thought he’d be working on two singer-songwriter projects, but with touring on hold for the foreseeable future, he eagerly agreed.

Two things happened very quickly. Firstly, the more Williams learned about the Barn Owl, the more he wrote. A couple of tunes turned into an album’s worth. Secondly, he knew he wanted Aaron Catlow to play violin on the album. Aaron agreed and the result is Ghost Owl. 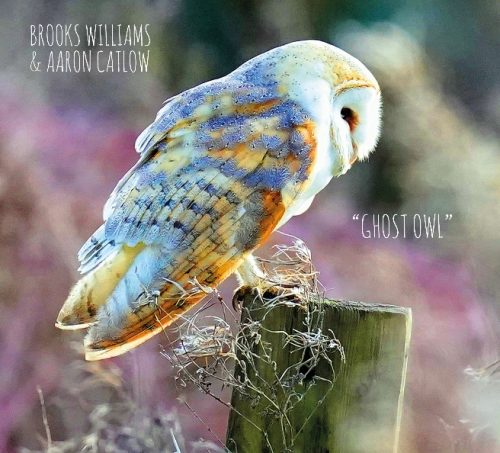 The guitar and violin are made for one another. It has a long history in folk, bluegrass, Cajun, gypsy and jazz. On Ghost Owl, Williams and Catlow bring their singular voices to this tradition with soaring melodies, heart-tugging counter-melodies and agile rhythms. They seamlessly connect Trans-Atlantic and Trans-Mediterranean overtones with technical brilliance.

These two are masters of their respective instruments.   The pair met on tour in The Netherlands a couple of years ago. Later that same year, Williams invited Aaron to play with him on his 30th Anniversary album, Work My Claim.   A subsequent Anniversary Tour was booked throughout the UK for most of 2020. Then…well, you know what happened next.

Aaron Catlow is a master violinist and half of the Bristol-based duo Hawes And Catlow,  guitarist-singer Kit Hawes. He is also the fiddler in UK festival favourite Sheelanagig. He has also worked with Grammy Award-nominated Yola, Mad Dog Mcrea and Afro Celt Sound System. He has been called ‘fleet fingered’ and his  “dexterity, energy and passion” are what make his live performance so memorable!

Cambridge UK-based, Georgia US-born, Brooks Williams is known for both solos shows and collaborations (Boo Hewerdine, Rab Noakes and Sloan Wainwright, among others). He is named one of WUMB-FM Boston’s “Top 100 All-Time Artists” and is listed in the Top 100 Acoustic Guitarists and has been referred  to as “one of those select few ‘how on earth does he do it?!’ artists.“

For more information and the latest news, please visit www.brookswilliams.com