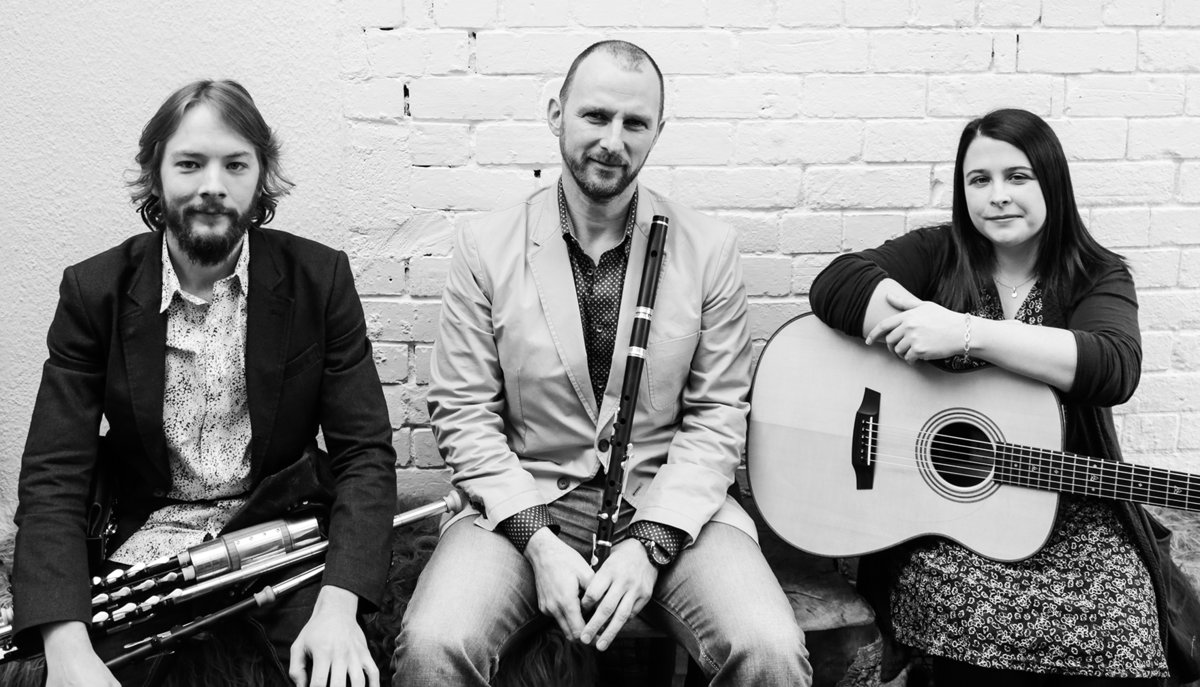 Music in the Glen is the new album from Realta members Brendan Mulholland, Conor Lamb and Deirdre Galway, who take this opportunity to fully showcase their virtuosity with a selection of excellently performed airs, jigs, reels, hornpipe and waltzes.

An enormous fan of Realta since I reviewed their second album ‘Clear Skies’, I was prepared to miss uilleann piper Aaron O’Hagan on Music of the Glen, but Mulholland, Lamb and Galway have taken care to delineate clearly between themselves and the bigger band by carefully selecting tracks which clearly proclaim them as a trio, while allowing the astounding talent of each member to shine through.

The Sweetheart, the album’s opening reel is a canny choice to begin with, giving us the opportunity straight away to celebrate Conor Lamb’s exquisite skill on the uilleann pipes. Brendan Mulholland’s whistle on The Shaskeen and The Three Sisters (to name just two) is fast-paced and faultless, while guitarist Deirdre Galway’s performance on the final track ‘Farewell to Whiskey’ is haunting and beautiful.

A purely instrumental album, this is thoughtful and well crafted, full of personal choices and close connections, whether it be song tunes from local sessions (The Wounded Hussar), works inspired by family memories (May Day) or compositions by old friends (The Antrim Barndances). Music in the Glen may not have quite the same exuberance and energy of a Realta album, but it doesn’t need to. This is something more thoughtful, intimate, and extremely special.