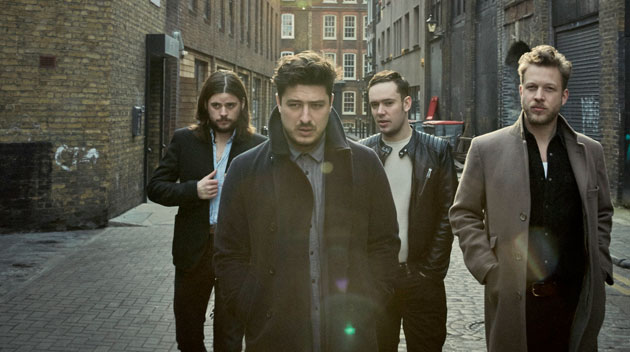 ‘Believe’ is released on the 27th April, and precedes the band’s third album, released on 4th May through Gentlemen of the Road/Island Records. ‘Wilder Mind’ was recorded at Air Studios, London and produced by James Ford (Arctic Monkeys, HAIM, Florence & The Machine). It features twelve new tracks, written collaboratively by the band in London, Brooklyn, and Texas. A number of the new songs were written and demo’d at Aaron Dessner’s (The National) garage studios in Brooklyn.

Following the recent announcement of the band’s headline performance at this year’s Reading & Leeds Festivals, and appearances at Bonaroo, Open’er Festival, Bilbao BBK Live, Nos Alive Festival, and Squamish Festival, Mumford & Sons are very pleased to announce the first details and line-ups for their 2015 Gentlemen of the Road Stopovers.

Joining the band over the Stopovers will be the likes of The Foo Fighters, The Flaming Lips, Ben Howard, Primal Scream, The Vaccines, Simian Mobile Disco, The Maccabees, My Morning Jacket, Alabama Shakes, Dawes, and Jenny Lewis. For full line-up details, see below.

Tickets are on sale now from www.gentlemenoftheroad.com/tickets. Please visit the Gentlemen of the Road website for all ticket details.

Gentlemen of the Road presents… The Stopovers