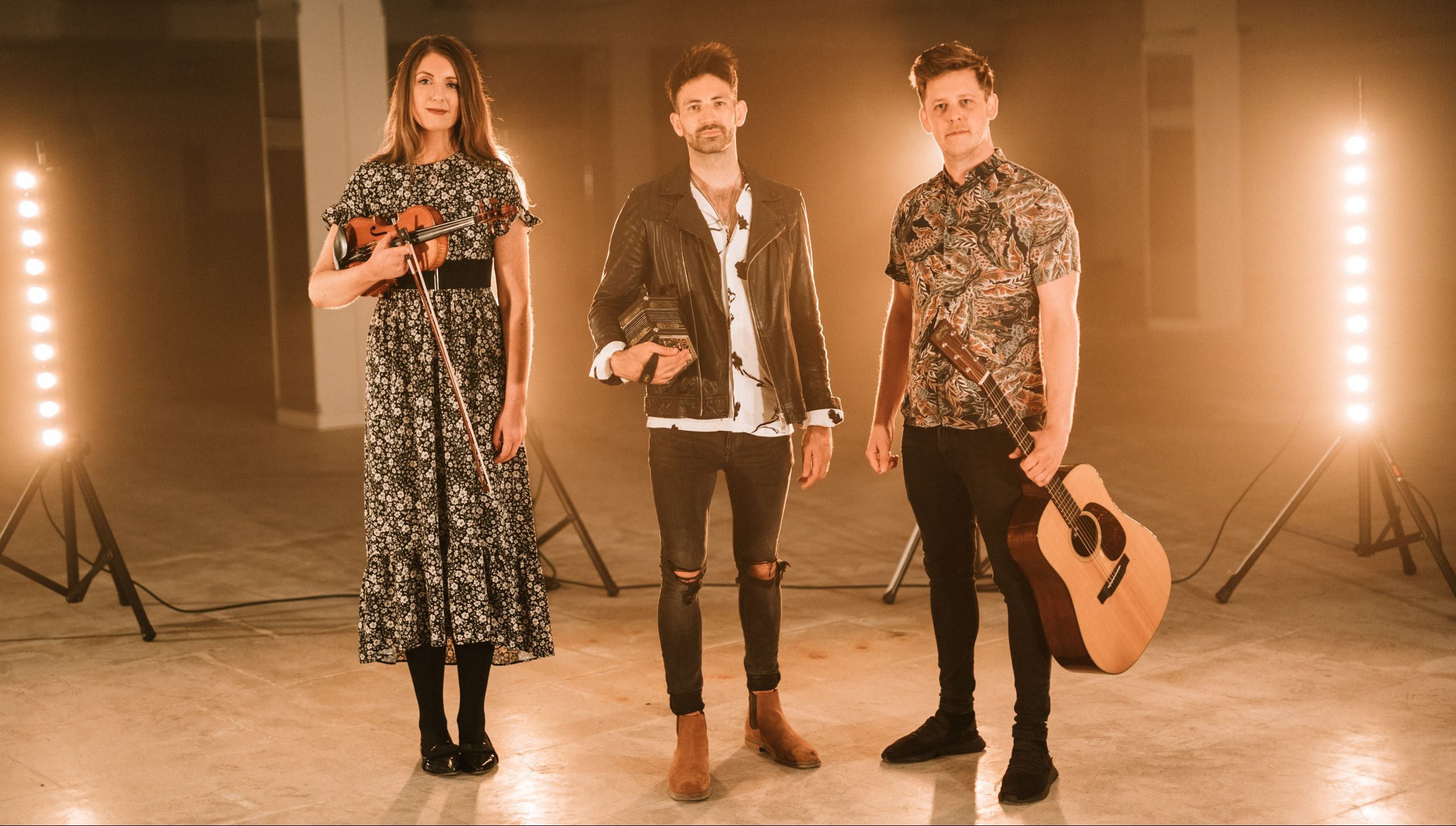 You can’t keep a good band down – and TALISK are widely recognised as one hell of a band!

Described by Glasgow Herald as ‘a rockin’ powerhouse’ Talisk are one of the most exciting acts on the UK folk scene, renowned for their innovative, show-stopping, high energy instrumentals and trademark mid-tune tempo changes.

The celebrated Scottish trio is spearheaded by Glasgow-based concertina maestro and force of nature Mohsen Amini, named Musician of the Year at the 2018 BBC Radio 2 Folk Awards together with brilliantly expressive fiddler Hayley Keenan and gifted guitarist Graeme Armstrong.

In just six years they have become a force to be reckoned with, winning the 2015 BBC Radio 2 Young Folk Award and the 2017 Scots Trad Music Awards ‘Folk Band of the Year’ gong as well as being nominated for the 2017 BBC Radio 2 Folk Awards Horizon title – for best emerging act. They have released two slickly-crafted albums – Abyss and Beyond – and won over festival audiences around the world from Denmark’s Tonder to WOMAD, the Philadelphia Folk Festival, Milwaukee Irish Festival and Canada’s Celtic Colours.

Last year they were looking forward to their busiest year to date but in March 2020, the COVID pandemic put paid to their 20-date U.S. tour after just three shows.

But now this vibrant and versatile trio are gearing up for a summertime of festival appearances (including Sidmouth, Towersey and the prestigious Snape Proms) and their own headline UK tour in November including a show at London’s King’s Place.

And they are celebrating getting back on track with a brand new single that seems to uncork all the energy and drive that lockdown tried to curb.

AURA, released July 9, is six minutes of exuberant, dazzling musicianship and joie de vivre in true Talisk style, guaranteed to get the joint jumping but fused with some gentler, hypnotic, catch-your-breath passages. 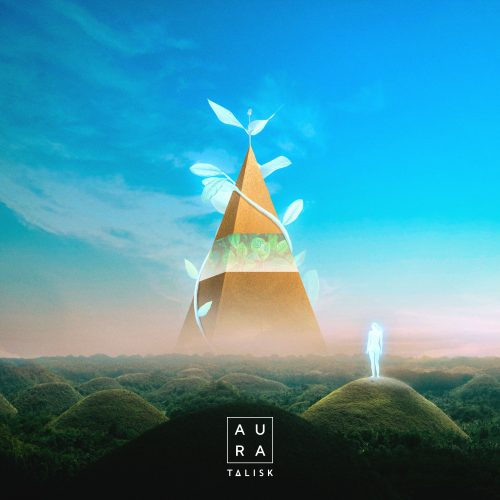 A life-affirming antidote to the last challenging 14 months, the track is as luminous and magnetic as its title.

An aura is defined as an invisible human energy given off as light and that’s what we’ve set out to capture in this tune. Given the times we have all been living in we wanted this to be a release full of hope, life and soul – a really positive, fizzing, feelgood number.

Tireless and classy, you can safely say Talisk are back – radiating total talent once more.