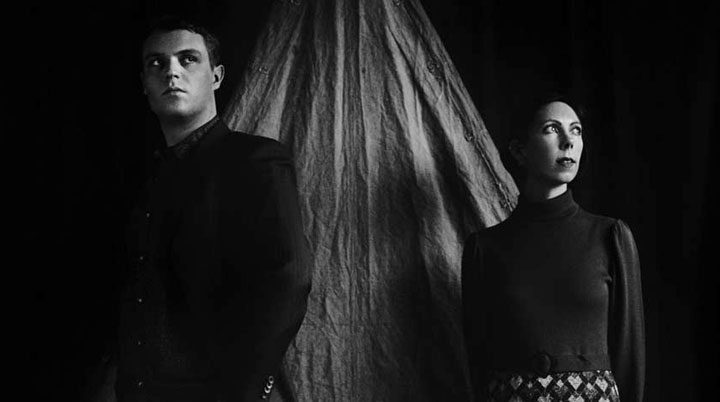 Mountain Meeting is indeed a good name, within Bridget Marsden and Leif Ottosson’s music is a sense of massive space underscored with a level of detail that focuses ones attention ever deeper. Their debut album consists of eleven tracks that are their interpretations of traditional tunes along with their own compositions.

Marsden’s violin playing is unique, reading her bio you can tell that she fell in love with Swedish fiddle traditions (specifically the Bingsjö tradition), moving from England to study folk music at the Royal College of Music in Stockholm, gaining her Masters in 2010. As I understand it, from listening to her work, the Swedish style generally has a slower pace than English or Celtic styles, with the stress in different places as well as very different bowing – for the listener used to British styles this feels very different – add Marsden’s thirst for experimentation and improvisation and we end up in a very exciting place.

Ottosson is likewise something of a livewire innovator, he seems to have thrown out the accepted way of playing the accordion and come up with his own based on the traditional fiddlers style. So you get two fiddles on Mountain Meeting, except one is actually an accordion. Leif has unsurprisingly been recognised in Sweden with several awards for his musicianship. He composes for and plays in many other groups (Massivet is his main one), he seems to be on a lifelong quest to explore everything possible in accordion playing.

This album fascinates in that way mountains captivate the eye; from afar they sit imposingly on the horizon, as you travel closer they become almost impossibly large and intricate. As you get onto their slopes you lose their overall form as fresh levels of detail are revealed that envelope you, dark cliffs and hidden valleys guide you ever upwards.

Mountain Meeting is an impressive debut, enthralling in its dynamism and balance of intimacy with stark beauty; Marsden and Ottosson are amazing, combined with the guest musicians cello, marimba and percussion they form a gorgeous ensemble. This is the sound of innovation and tradition being extended into new places by two uniquely gifted musicians.