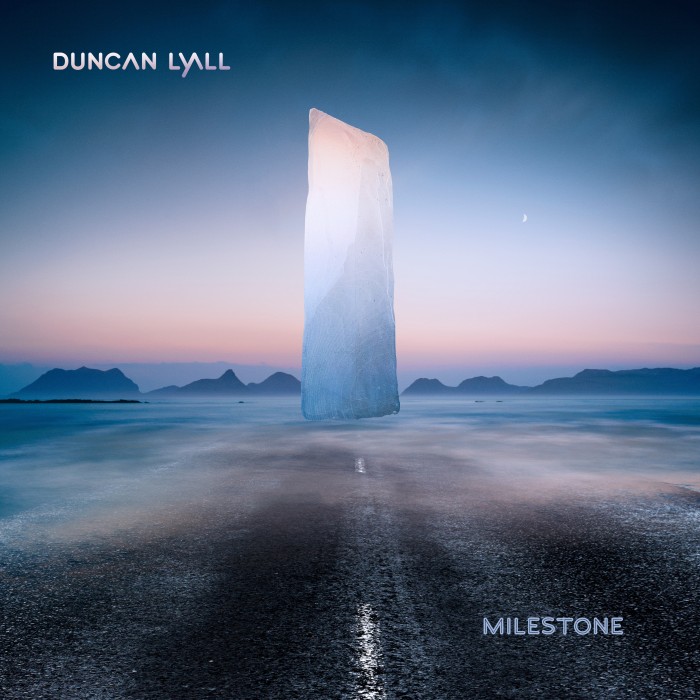 When you’re chummy with the likes of The Treacherous Orchestra and locked in with Croft No Five you can’t help but be an eclectic thinker. Duncan Lyall is therefore a polyglot musical soaker and I don’t mean that as disparaging in any way, it’s a compliment totally!

He’s one of those precious individuals who knows no boundaries in terms of either composition or performance and he surrounds himself with like minds, Jarlath Henderson for one whose pipes are a lovable but lethal weapon on ‘Barnacarry Bay,’ as they wildly leap and display over chattering keyboards and pulsing rhythms.  ‘Milestone’ as a whole revels in its free form thinking, rejection of insularity, gleeful and certain in its sonic experimentation.

Sure the press release is a little OTT in reference points – Martyn Bennett, techno piper was never this, he moved his Highland roots into hard dance abandon, Lyall on the other hand whilst cavalier isn’t an all-out party animal, his talent as a composer and arranger with trad folk as his mainspring is more methodical yet all the while his open philosophy is never in doubt. Any reeling here which meets electronics, sampling and loops is never leery or hairy, yet it is exciting and damned irresistible.

There are many highs, I’ve already mentioned one, another is the one traditional credit on the album a spooked, gothic reading of ‘Twa Corbies,’ which disturbs just as equally as it delights. Lyall uses sound manipulation through-out with vocals, drum beats, even rustling branches are stretched and reformed across ambient keyboard figures and heaving, stirring, melodic finale.

Yet none of this should be any surprise since Lyall is an adaptable all-rounder, comfy in any musical scenario or role handed to him. His C.V. informs the pivotal influence that Glastonbury had on his younger self as the atmosphere and vitality of the event seeped into his teenage consciousness, lodging there ever since seeming quite natural.

At six tracks ‘Milestone,’ may seem a mite short but each of them is a mini suite of shifting moods and textures, extended and stretched in length to be far more than their titles may suggest. Determined, different and desirable your year will be poorer without its expansive intentions and rooted investigations. Essential then.