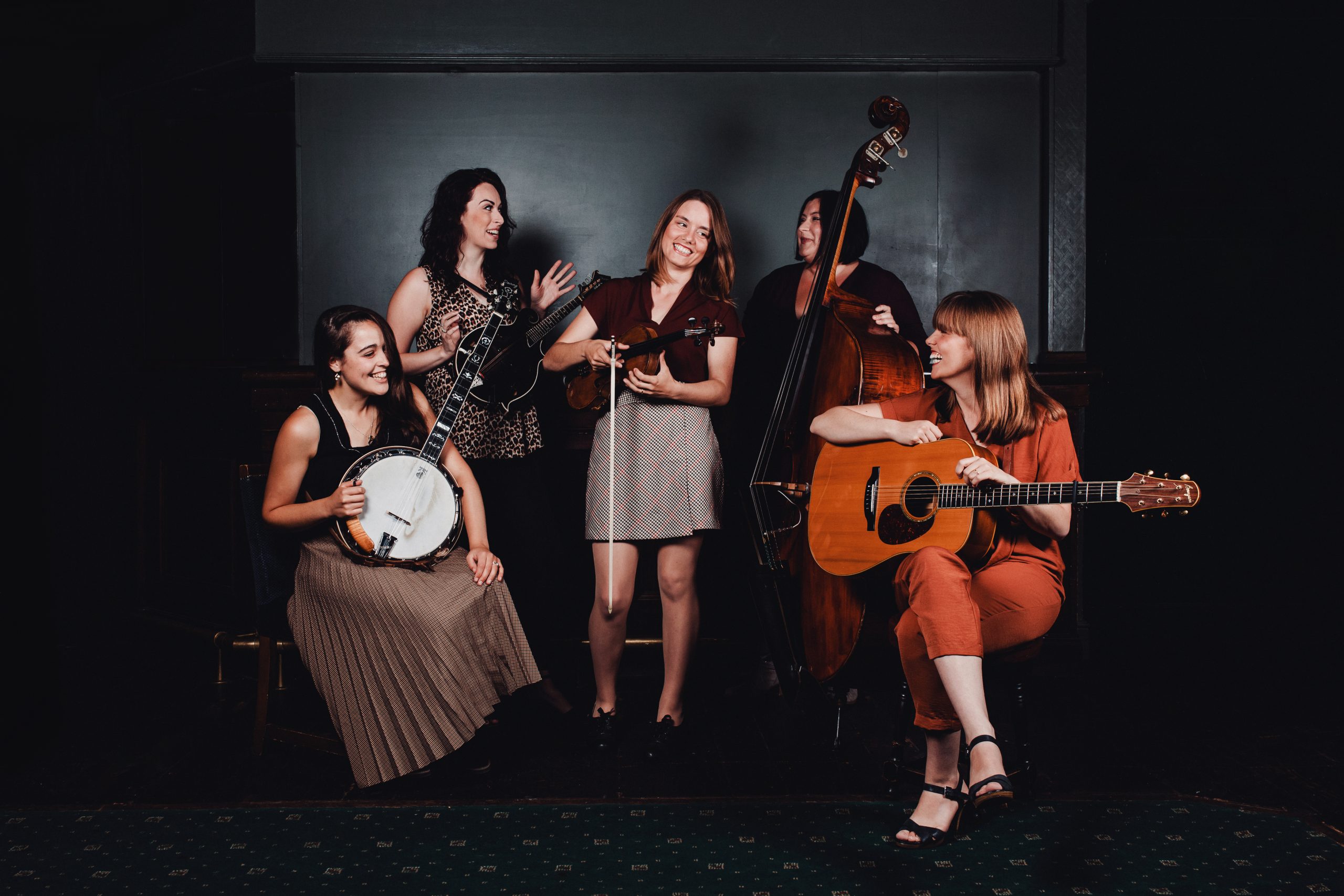 Since forming in 2017, the Anglo-Irish all-female quintet Midnight Skyracer,  have become festival sensations across the UK, Europe and Australasia, toured regularly at home and released a critically-lauded debut album. They also carry the distinction of being the first British act nominated for an award by the International Bluegrass Music Association.

Their all star line-up boasts Leanne Thorose, with her powerhouse vocals and driving mandolin; the virtuoso banjo playing and delicate vocals of Tabitha Benedict; Eleanor Wilkie and her rock solid bass grooves; the versatile Laura Carrivick, equally adept on both fiddle and dobro; and the lightning guitar playing of Charlotte Carrivick. Not only are they all masters of their respective instruments, but the vocal harmonies shared between the five women are second to none.

​Following the release of Fire in February 2018, the band released their follow up album in June 2020 on Island Records. Shadows On the Moon, recorded at Peter Gabriel’s Real World Studios in Wiltshire, is a scintillating mix of hard-driven bluegrass and mountain balladry, both edgy and infectious, tender and tough.

A bittersweet announcement…
It’s been over two years now since we’ve all been together, doing what we love, and we CANNOT WAIT to get out on tour in June! Huge thanks to our agent Ant at Fancourt Music for working so hard to get this together after so much disruption.

We have thoroughly enjoyed playing together and performing to such great audiences both in person and online these past five years. In a short time, we’ve achieved a lot and made music that we’re all proud of. However, with growing families, growing geographical distances, complications of travel restrictions and increased costs surrounding that, it’s becoming harder and harder to make it work as a band.

So, it’s with heavy hearts that we have reached the decision to say farewell… for now. We’d love to see as many of you as possible at these shows – let’s go out with a bang! 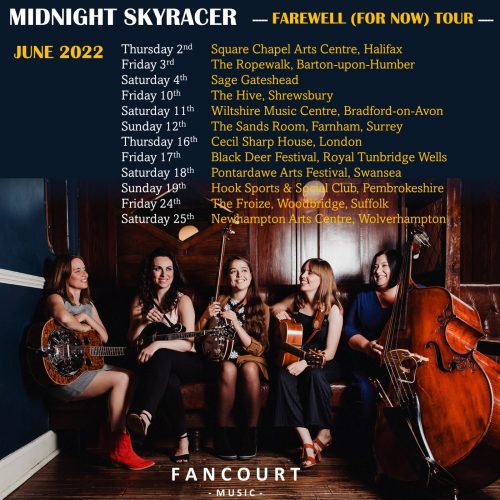