Mawkin announce 2018 ‘Down Among the Dead Men’ album and Tour 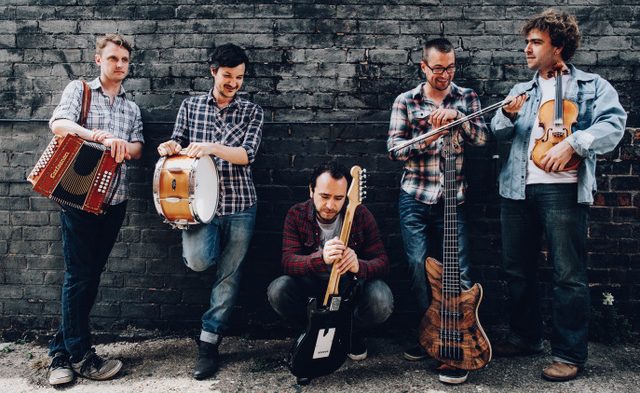 Mawkin’s extraordinary brand of boisterous folk music is gathering momentum with the much-anticipated release of their 2018 studio album with a tour pencilled in for March 2019.  Built on a solid traditional foundation and influenced by the swagger of 90s indie rock and Bellowhead-style brouhaha, Mawkin’s sound comes alive with a large dose of Essex-boy energy on stage. No surprise then that MOJO regards them as ‘unconditionally mighty’, and Q Magazine declares them ‘invigorating and highly inventive’.

Since they released their acclaimed 2015 album ‘The Ties That Bind’, Mawkin have been lauded as a ‘modern-day Fairport’ by fans and have won the affections of the harshest of critics. They have graced the main stages of Cambridge Folk Festival and Towersey Folk Festival and had the privilege of supporting Bellowhead on their farewell tour of 2016.

‘A gutsy re-working of traditional Songs’ – The Guardian

So now, all eyes are on Mawkin’s next move – and a bold move it is too. Down Among the Dead Men boasts a more visceral, amplified sound that’s grounded not just in confidence but also in exquisite musicality. The album was possible thanks to crowdfunding, and also to the band’s DIY attitude (it was produced by Lee and mastered by Nick). It is released under their own label – Good Form Records – and the band are adamant that they will remain fully independent.

“The band draws on a lot of different of influences, not just from the folk world but also from 90s rock bands like the Red Hot Chilli Peppers. James and I tend to mine the archives of places like Cecil Sharp House for songs and tunes, work them up and bring them to the band for them to add their magic. The album has been a labour of love and we can’t wait to take it on the road”

Better keep your diary clear for their March 2019 tour I reckon …….

….here’s a sneaky peak at them performing Midnight Ranger to whet your appetite !!