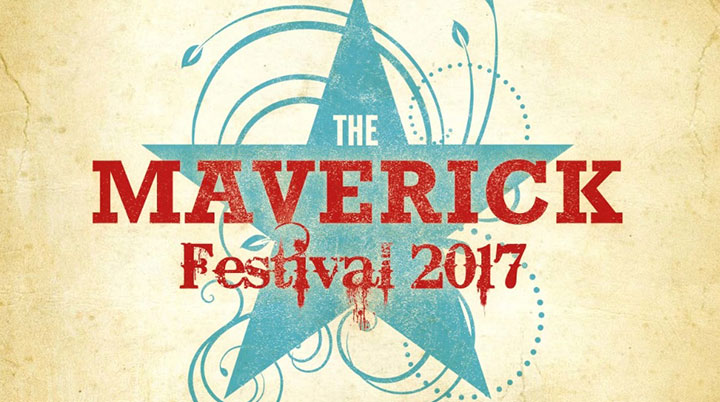 Maverick Festival is celebrating a milestone 10th anniversary this year, taking place from Friday 30 June – Sunday 2 July 2017, showcasing the most authentic and talented musicians from both sides of the Atlantic.

Over the past decade the Maverick Festival  organisers have stuck to what they believe and presenting exciting and inspiring line-ups year after year. This year’s tenth anniversary programme will see some surprises but also many festival favourites returning to the Farm.

“We have looked back over the years and reached out to artists who particularly caught the imagination of the audiences – acts like The Henry Brothers, Stompin Dave Allen, Police Dog Hogan, Brooks Williams and of course Sam Baker who famously closed the 2008 festival”

Set amongst the picturesque Victorian farm buildings of Easton Farm Park, the site is  nestled deep in the Suffolk countryside, yet only two hours from London. The festival presents music performances, film & workshops and features over forty different artists, across five stages indoors and out.

Stompin’ Dave Allen
Described by Maverick Magazine as “one of the world’s greatest performers.”    Stompin’ Dave is a vocalist, multi instrumentalist and tap dancer

plus many more to be announced soon…

Visit maverickfestival.co.uk for the latest line-up and ticket offers.