Matthews Southern Comfort is back with new line-up and album. 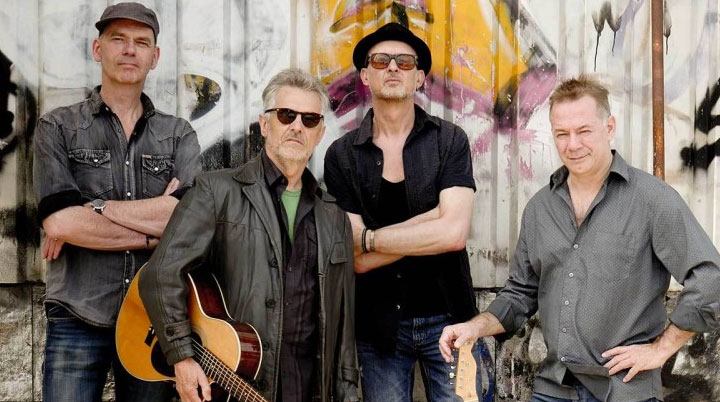 Like A Radio is the new album from classic Americana band Matthews Southern Comfort and is released in the UK on 24 February 2018.

With a new line-up, singer/songwriter Iain Matthews has re-imagined his long-established band and given it a new and vigorous lease of life. Like A Radio reflects the Southern Comfort heritage of instrumental virtuosity and vocal harmony to produce a sound that is both classic yet cutting edge and modern.

After two years as lead male vocalist with Fairport Convention, Iain Matthews formed the original Matthews Southern Comfort in 1969.. Their first album was released in 1970 to widespread acclaim. Championed by John Peel, the band went on to record the Joni Mitchell song ‘Woodstock’ which spent three weeks at number one in the British singles chart and became a top twenty hit around the world. Matthews Southern Comfort toured extensively and two more albums followed (Second Spring and Later That Same Year) before Matthews decided the band lacked the musical depth he was seeking and left. After a period of inactivity, Matthews Southern Comfort released Kind Of New in 2010 and Kind Of Live the following year.

Bob Harris, presenter of BBC Radio 2’s Bob Harris Country, says: “From the founding days of Fairport Convention, through the number one single Woodstock to the glorious recordings by Plainsong and his many superb solo records, the music of Iain Matthews has been a part of my life for more than fifty years.”

Iain says: “The original Matthews Southern Comfort was a vehicle for my musical concepts and forty years on the ideas and songs are still coming. With this new line-up, Like A Radio continues that ongoing journey.”

Here’s a video of the single ‘Bits and Pieces’ taken from the album :

“Like A Radio is right up there with the best of the Iain Matthews catalogue. Lyrically sharp and beautifully produced, this new album is a gem.” Bob Harris, BBC Radio 2