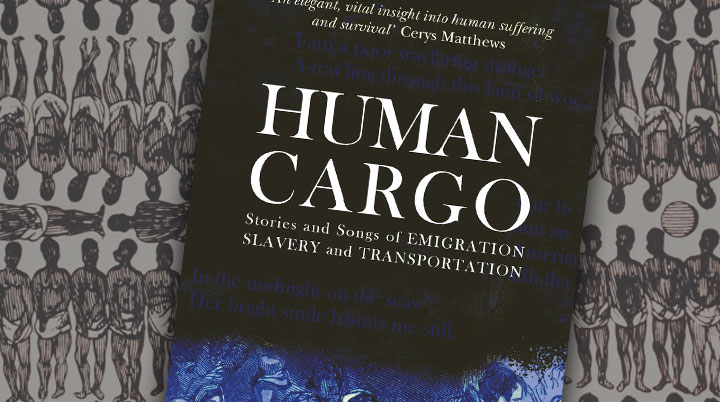 This is the book of the show, which also inspired Crampton’s adaptation of the Transports. Recounted via a series of snapshot tales and songs this book allows you to put together the sorry tale of brutality, aggression and arrogance that seems to be a never ending part of the human condition. The three words in the subtitle ’emigration, slavery and transportation’ send a chill up the spine when the sheer level of despairing displacement becomes apparent within them. This is all the more harrowing when Crampton compares these stories from the 18th and 19th centuries with modern day refugees; trafficked for money by cruel and unscrupulous people.

You can dive into this book at any point, but read through from beginning to end and the full horror of it all builds up. Revulsion is the only civilised reaction to the treatment of this varied and disparate band of characters, slaves stolen from anywhere, families torn asunder and children snatched from mothers breasts. You could be sentenced to transportation across the world for for the measliest of offences, if you survived the pitiful conditions on ship you had no guarantee of anything the other end. Emigration sounds almost idyllic by comparison, but was generally forced upon people and turned out to be a gruelling turn of fate.

This is the story of the have’s exploiting the have not’s – in ways that make you wonder if we can ever be described as ‘civilised’. That Crampton manages to do this in such an entertaining, eye-opening and informed way is masterful. These are stories that have to be told and re-told until we actually get it and reassess our past and present attitudes.

It is happening, albeit slowly, for example the Colston Hall venue in Bristol has finally changed its name from that of slave trader Edward Colston (despite protests from many however, viewing it as rampant political correctness). We must deny these people, whether historical or contemporary, any veneer of decency. Not to forget them, but to shine an unforgiving light on their actions.

The stories are mind boggling and the songs just add another layer to it all that makes it leap off the page.