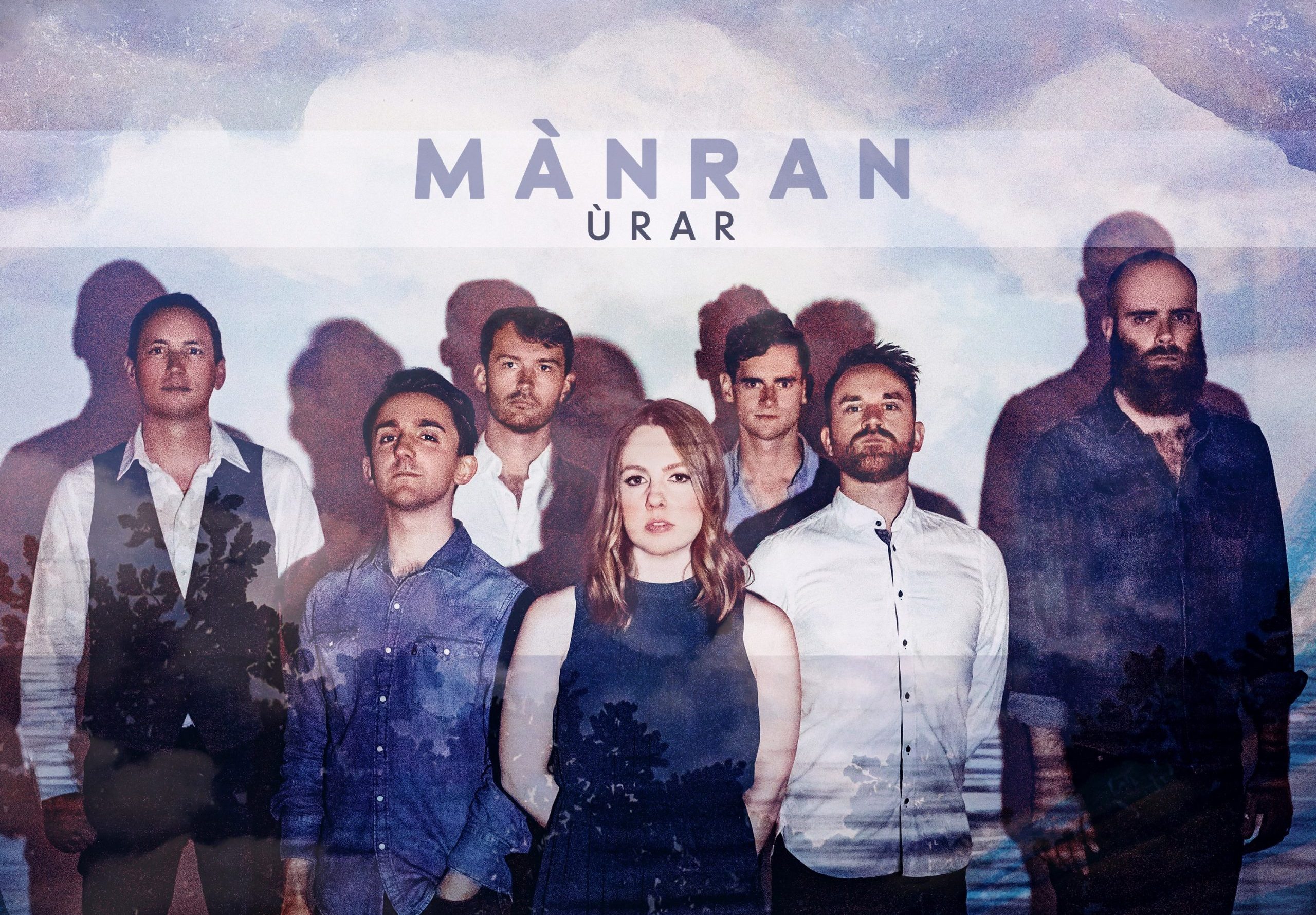 One of Scotland’s most loved trad-rock bands Mànran are set to release their eagerly anticipated new album ÙRAR (pronounced oo-rar) on Friday 22 October.

With 11 incredible years at the heart of the traditional music scene and three hugely successful studio albums under their belt, the unstoppable supergroup show no signs of slowing down as they gear up for the release of their fourth record.  Showcasing intuitive instrumentation and song, this primarily self-penned body of work from the seven-piece sees the soaring album live up to its Gaelic title, meaning ‘fresh’ or ‘flourishing’.

The album features a mix of captivating new material in English and Gaelic and boasts a delicate yet uplifting sound, with Kim’s inimitable vocals at its heart.  Alongside Kim’s stunning lead vocals, Aidan Moodie’s backing vocals and intricate guitar playing can be heard throughout the album alongside Ewen Henderson on vocals, fiddle and pipes, Gary Innes on accordion, Ross Saunders on bass guitar, Ryan Murphy on uilleann pipes, flute and whistles and Mark Scobbie on drums.

The first single Crow Flies, released last month, delighted old and new fans alike, while the second single Ailean, out Friday 1 October, is an upbeat Gaelic song with a driving melody, which only builds on the album’s momentum and stunning sound.

Gary Innes said: “As Scotland and the rest of the world open their doors once again to live music, we are excited to be able to share our new album with everyone. We were delighted to welcome Kim and Aidan to the band back in 2019 and it’s wonderful to finally be able to release our first body of work featuring them both.    We hope fans enjoy the energetic sound of ÙRAR, as well as the uplifting melodies and the self-penned Gaelic and English material.”

Hot on the heels of appearances at Wickham Festival, Glasgow’s Piping Live! and Capers in Cannich, the band are set to embark on a tour across Germany, Switzerland and Austria in October and November before returning for a number of Scottish dates in December.

ÙRAR will be available to buy on CD, download and stream from Friday 22 October 2021.