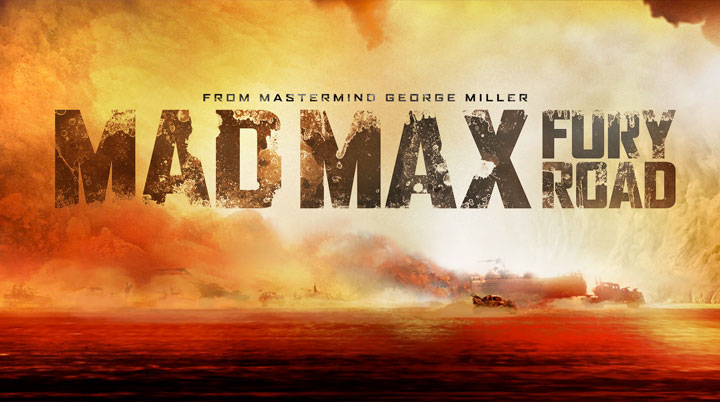 Finally, a blockbuster movie that delivers on the promise of its trailers. Movie goers tend to be sceptical of teasers and trailers these days, studios churn out slick marketing campaigns that hype movies to unattainable levels. Just look at  Ridley Scott’s Prometheus for an example, they must have spent as much marketing the film as making it. It looked jaw droppingly incredible in the trailers, yet the actual film turned out to be deeply flawed in many ways.

Mad Max: Fury Road has had some mad as hell trailers, promising insane levels of action, gorgeous cinematography and a strong cast playing powerful characters. The question of whether it would deliver had to be asked, the director George Miller might be the ‘mastermind’ behind the original Mad Max films, but he hasn’t done many action movies since them, and in fact went on to direct Babe and Happy Feet. Well, Miller has delivered on every level, plus he has reinvigorated the blockbuster genre. In fact he has kicked over the applecart on that score, the big franchises are formulaic and driven by the bean counters, Miller has ignored their methodology and made an action movie with the visceral thrill of 70s movies.

The action is gripping because it is real, the vehicles, stunts, crashes, explosions and performances were shot live and then CG in post production tidied everything up. We are used to seeing worlds created within a computer that, despite looking amazing, never quite completely convince. Lucas, Cameron and Jackson are basically producing animated movies with a few real actors dotted about. The Hobbit trilogy is vastly inferior to the Lord of the Rings because they were not bound by what could be done by stunt performers or models. Miller has captured some of the most astonishing stunt work ever, endlessly inventive and awe inspiring, vehicles smashing together, metal blood and bone grinding together in an orgiastic (and operatic) 120 minutes of beautiful carnage. If you are interested in the challenges the  cinematographers faced have a look at this two hour video from the Australian Cinematographers Society with Fury Road director of photography John Seale and second unit DP David Burr.

Miller has directed the action so well that you never lose the flow of what’s going on (Michael Bay please take note). Cinematographer John Seale and editor Margaret Sixel have had a huge input in this, coping with a massive amount of footage as it was filmed digitally – allowing incredibly long takes of the vehicles without the constraints of film.

What is most refreshing is that the characters are not set up in any way, we are plunged into this post apocalyptic world and then are given just enough to piece together peoples histories and motivations. Tom Hardy as Max is a husk of a man, teetering on madness, driven by grief for his dead wife and daughter and an instinct for survival. However it is Charlize Theron as Furiosa who propels the action by liberating the ‘wives’ of the warlord Immortan Joe. He is basically the leader of a cult, controlling his followers through his hold over the water supply.

Don’t mistake this for a big dumb action movie, despite the relative dearth of dialogue the characters are finely nuanced and real. The female characters in particular are way ahead of anything that passes for empowered women in action movies (again, you listening Michael Bay?). Max isn’t the macho hero that comes in and rescues the women, it is Furiosa who is the hero, Max is her ally. It also comments on the brainwashing of the young, particularly males that are willing to sacrifice themselves on the promise of a paradise in the afterlife.

Most of all it is a blast of desert hot adrenaline that will repay repeated viewings. See it on the biggest and loudest screen possible.