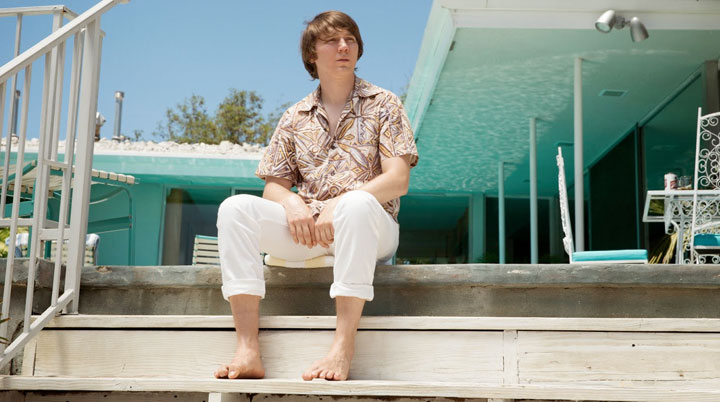 Brian Wilson and the Beach Boys are an American institution, a new film directed by Bill Pohlad explores the life of the mercurial musician. As a twist on the normal way of doing this kind of film, with a central actor being aged through the movie, the film makers have two leading men playing Wilson at different stages in his life and career. Paul Dano portrays him at his creative peak and John Cusack plays the older Brian Wilson.

The official synopsis: LOVE & MERCY presents an unconventional portrait of Brian Wilson, the mercurial singer, songwriter and leader of The Beach Boys. Set against the era defining catalog of Wilson’s music, the film intimately examines the personal voyage and ultimate salvation of the icon whose success came at extraordinary personal cost.

Release date in the US is 5 June, UK yet to be confirmed