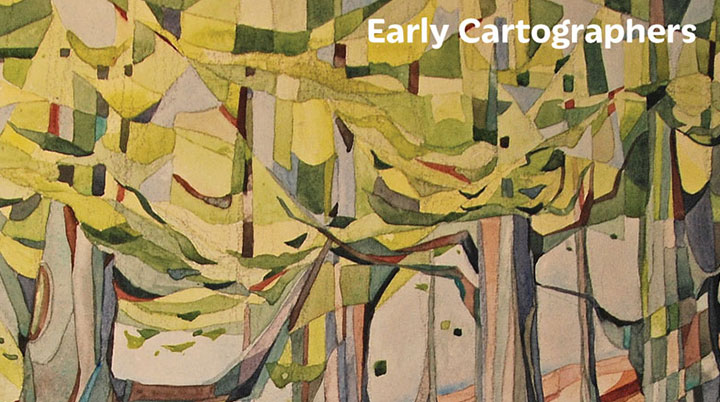 Based in Sheffield, Early Cartographers are less a band than an umbrella for a group of musicians performing soupy, unplugged, jazz roots. Worthily they don’t just stick to a single modus operandi, you’ll find them busking the streets, playing on trams, at various festivals and in many a Yorkshire haunt.

Look Out has been a long time in the gestation, recorded at different locations across the city the eclectic strands to their intent hold together fairly well over twelve tracks, some of which appeared previously on various download sites. The key here is the flexibility of the band as chief writer Ed Cartledge conjures dreamy, morphing creations which shift and contract largely absenting themselves from accepted formats.

Musicians who operate on instinct and improvisation need to be sure of each other or things can easily get messy, whilst that doesn’t really apply here there are one or two spots where things go a mite wobbly though these are easily forgiven. Perplexingly they’ve missed off their excellent single for homeless charities which is far more commercial than anything included and would have makes an excellent entry point into their individual world. Using a wagon load instruments from guitars to brass, banjo, bass, endless percussion and a jolly wheezing squeezebox you could with a casual listen think they were wandering folkies instead they’re worthy polymorphs who’ll take your hand and guide you through the twists and mists of their highly characteristic sounds.