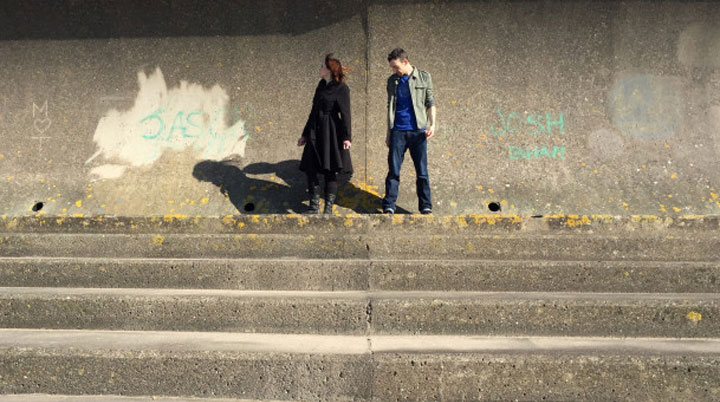 Solarference are Nick Janaway and Sarah Owen, describing themselves as ‘folk song and laptop duo’. Their debut album ‘Lips of Clay’ came out in 2012 – it held something very different from the rest of the growing electronic folk culture; they were actively exploring what could be done with new technology and traditional song, without (crucially) bending either out of shape.

Since then they have recorded a live soundtrack to the silent film version of Jekyll and Hyde, they seem to have a taste for live recording as their latest release ‘Locks & Bolts’ was recorded in performance at the Cube Cinema in Bristol.

The term ‘folktronica’ was used in what seemed every other review we did just a few years ago, now we hardly ever utter it. The days of Tunng being the bright new reinvention of the folk tradition seem a long time ago, lost in its own introspective bubble, their blend of Trumpton meets an acid trip via a laptop was just too narrow to have anywhere to go.

Solarference on the other hand really got to the root of what makes the juxtaposition between a traditional song and the most modern form of making music work. On Locks & Bolts you hear that in it’s most visceral and living form as they explore ten songs in their unique style.

They find something new in the heart of these songs, which really is the best possible thing that can be said about anyone exploring trad folk. That they do it in such new and unique ways is a joy to listen to.