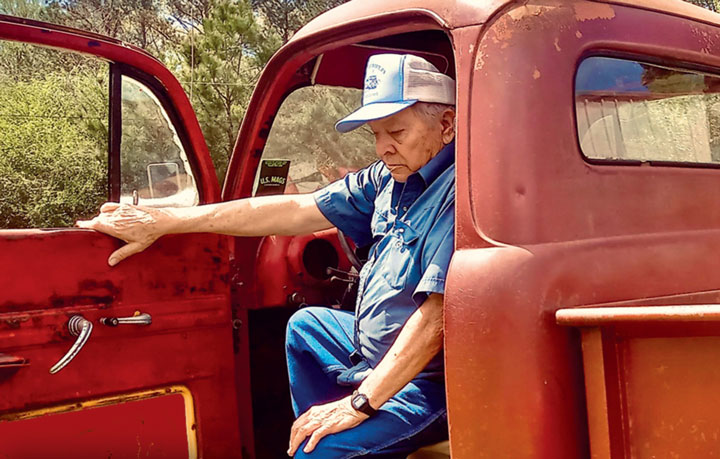 The name of Dan Penn may not be familiar to you but nonetheless many of his often co-written songs will be recognisable. ‘The Dark End Of The Street’ by James Carr, ‘Do Right Woman, Do Right Man’ by Aretha Franklin and ‘Cry Like A Baby’ by The Box Tops come to mind. As you’ll recognise, he has the knack of not only writing a hit song but also of hitting the sweet spot for the soul singer. However, he’s always been slightly reluctant to release his own recordings which turns the appearance of ‘Living On Mercy’ into something of a rare event.

Categorising his style as ‘soul’ undervalues the role that his music has played in influencing a wide range of artists. Its universal theme being the human desire for loving relationships set to a timeless, southern states feel with an electric band dripping honeyed rhythms from guitar, bass, drums and keyboards. On hearing this new record, what some may find surprising is Penn’s shyness in featuring his own vocal interpretations. Especially as ‘Living On Mercy’ proves that his well worn vocal fits well with these tales of loves lost and won.

Sometimes, songs like ‘I Didn’t See That Coming’ move along with a foot tapping funk that will get your whole body moving. Indeed, the addition of strings here and there make tracks like this simply glide along. At other points, that smoothness in the music is delivered by a chorus of backing vocals on such as the slower paced ‘I Do’. Elsewhere, the stronger beat and use of brass on ‘Edge Of Love’ reminds you of how this approach to soul has been an influence on the likes of The Rolling Stones. Indeed, this song would be a perfect fit alongside the solo work from Ron Wood or the work of another soul maestro, Bobby Womack. Of course, amongst the many approaches to this soulful music is the betrayal of a lover’s trust found on ‘Blue Motel’ which even name checks “dark end of the street” in its lyrics.

Call it what you will, blue eyed soul, country soul, even old school r’n’b, what’s clear from this rare Dan Penn release is that you’re in the hands of a master. He knows all the lyrical angles, arrangements and how to add a musical hook on songs that will please anyone who likes a little tenderness in their soul. If you’re out there seeking an education in songwriting with soul, ‘Living On Mercy’ is a great starting point.