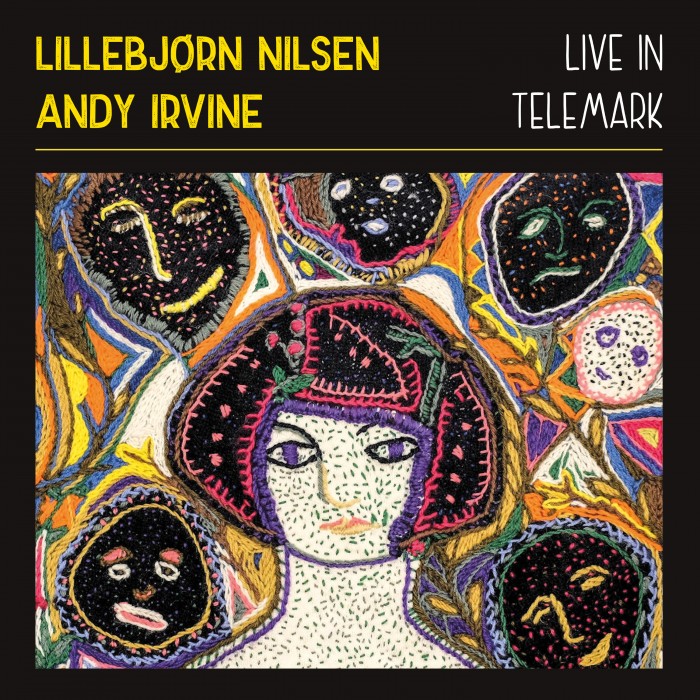 Andy Irvine always had the tendency to ramble yet he’s cemented a reputation and career almost without parallel, consider Sweeney’s Men, Planxty, a duo with Paul Brady, Patrick Street, Usher’s Island, Mozaik, if circumstances had turned out different in late 1969 he’d have been part of Steeleye Span! The man is the Irish tradition personified. This release finds him on Norwegian soil in a folk festival headlining show at Telemark 1994. He’s joined on stage by Nilsen who’s something of a heavyweight in Scandinavian folk circles himself.

The pair of them were friends long before they decided to officially perform in public, they’d swap tunes and songs whenever they met up but didn’t exactly rush to bring about a live show. Over a decade and a half later, a standing room only gathering were witness to a lesson in how to mix your roots in an intimate atmosphere whilst allowing each other to totally be themselves. There’s a mixture of traditional and contemporary material on display as both reshape and expand their endemic folk, effectively it’s a long song swap which stretches across fifteen tracks of satisfying acoustic musicianship. Highpoints include the opening ‘Jenta I Chicago,’ from Neilsen which bounces along on chunky Norwegian rhythms and Irvine’s fond ‘My Heart’s In Ireland Tonight,’ which recalls his days as a member of Sweeney’s Men as they made their way around County Clare.

All in this is a thoroughly excellent bit of rootsy archaeology which might well have gathered dust on a shelf instead of a CD version release. Now it can put a smile on your face and you’ll be all the better for it.