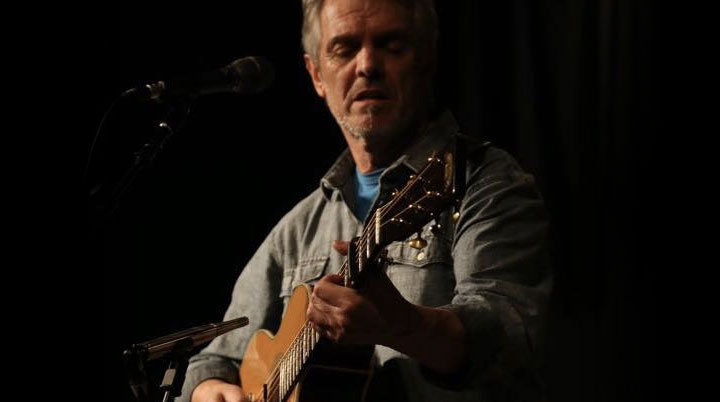 Mark my words dear reader, there will come a year when Iain Matthews releases only one album, 2021 isn’t it though. Until then he keeps up his prodigious output with each new or archive release holding a charm all its own. As many as he produces I don’t believe he’s ever put an album out which isn’t a fascinating listen, the above are no exception to that happy fact.

Andy Roberts has a long history of collaboration with Matthews, most famously in Plainsong, the band who cut the immaculate singer songwriter creation that is ‘In Search Of Amelia Earhart.’ (Note to reader, if you don’t own that recording, you should!) The Bonington Theatre gig was thirty years ago and Iain admits in the sleeve notes that he doesn’t actually recall that much about it. However they shared the stage with Fairports, Nicol & Sanders and turned in an intimate show which only two guys who’ve played together for such a long time could.  If you ask me the finest of the eleven tracks are ‘Squirrel Hill,’ from Matthews’ Jules Shear tribute recorded for Windham Hill, a quite appealing acapella item and the more familiar chooglin’ ‘I Don’t Want To Talk About It,’ in which the pair of them nail the bittersweet lyric framing regret with decent acoustic picking and harmonies.

Looking back over your shoulder used to be the function of ‘Best Ofs’ or career compilations, Iain Matthews has issued a few of those, but lock down has refined the process giving musicians the chance to pause and reflect so any ‘home recordings’ -to borrow a phrase from Martin Simpson – have more personal meaning and focus.

The Salmon Smokers are the latest in a long tradition of I.M.’s short term alliances,  having their own concerns in Norway.  Promotor Tom Skjeklesaether made the introductions and Matthews liking the possibilities recorded a selection from his back catalogue, live favourites and one fresh composition using the band as equal partners in the venture.

Whittling the choices down to eleven the results are nothing short of splendid. The pairing works exceptionally well as the band wrap themselves around the Americana/Anglicana mix that is Iain’s trademark, creating a warm, eclectic blanket which genuinely brings out the best in yer man. He sounds like he’s enjoying himself immensely, as he reconnects with songs from so long ago, a notable example being ‘Reno Nevada,’ which he used to sing with the afore mentioned Fairport Convention back in the psychedelic 60s. Then there is ‘If You Saw Through My Eyes,’ from the album of the same name which along with ‘Southern Wind,’ captures the country folk inspirations which took him to America for such a long period. ‘Following Every Finger,’ is another small wonder though in truth each song is well worth your time and attention.

Such a shame that circumstances prevent them from getting out on the road to promote this as both parties bring out the best in each other, still they’ll hopefully get round to it once viruses are no longer an obstacle. Meanwhile you’ve got the album to investigate and whilst the tan may be fake the music’s a genuine pleasure.