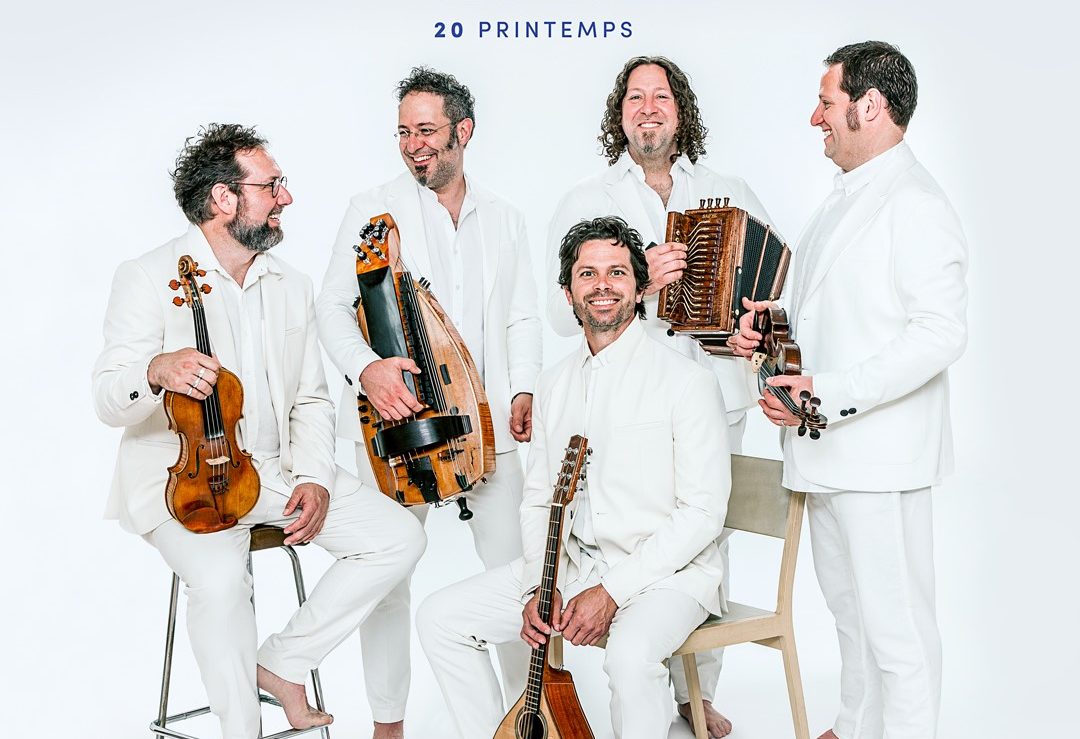 The multi award-winning band, Le Vent du Nord (the Wind of the North) have toured the world, playing over 2,000 concerts and are about to release their 11th album, 20 Printemps (20 Springtime’s), to mark their 20th anniversary in 2022.

The five-piece band hail from Québec – the second largest state in Canada with a population of around 8 million. French is the official language of Québec, the only French speaking state in North America, and it’s spoken by 80% of the population who are largely multilingual. The Québécois, as the people from this region are known, are surrounded by around 350 million Anglophones. It’s this fact that undoubtedly plays a significant part in the group’s raison d’être: to tirelessly champion Québécois’ vibrant and diverse music and culture, often overshadowed and under threat from Anglophone dominance.

They are often described as being ‘protectors’ or ‘guardians’ of the tradition but also as ‘innovators’. In truth, they are highly respectful of their history and traditions, while at the same time, constantly moving forward and evolving their songwriting and music.

The title of their new album, 20 Printemps, is an apt one as springtime signifies rebirth and rejuvenation – hallmarks of a band that over the course of 20 years has continued to expand and develop its musical vision. The dozen tracks feature many of the band’s trademarks: the call-and-response vocals, sublime harmonies, energetic podorythmie (foot tapping) and hurdy gurdy playing that drive the rhythm of the tunes.

Like many of their previous releases, their forthcoming album is a delightful mix of their own compositions and also traditional songs and tunes, sourced from national archives and song collecting friends.

Not content with standard approaches to tradition, Le Vent du Nord has also created a symphonic concert that, according to Voir Montreal, “puts all traditional folk naysayers to shame.” On stage these friends create intense, joyful and dynamic live performances that expand the bounds of tradition in striking global directions. This is the modern sound of tradition, a music of the here and now. 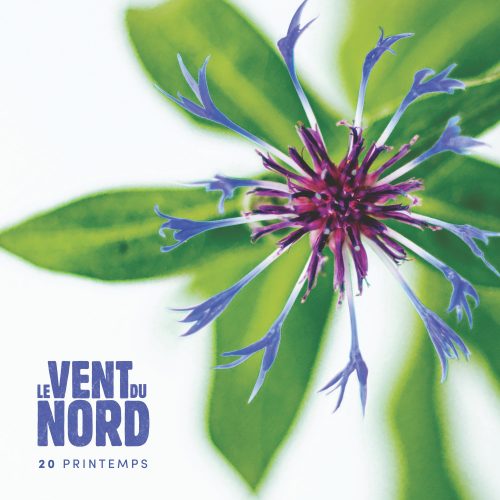 The album is being released at Celtic Connections and will be stopping in a various UK destinations on the 20 Printemps Tour.