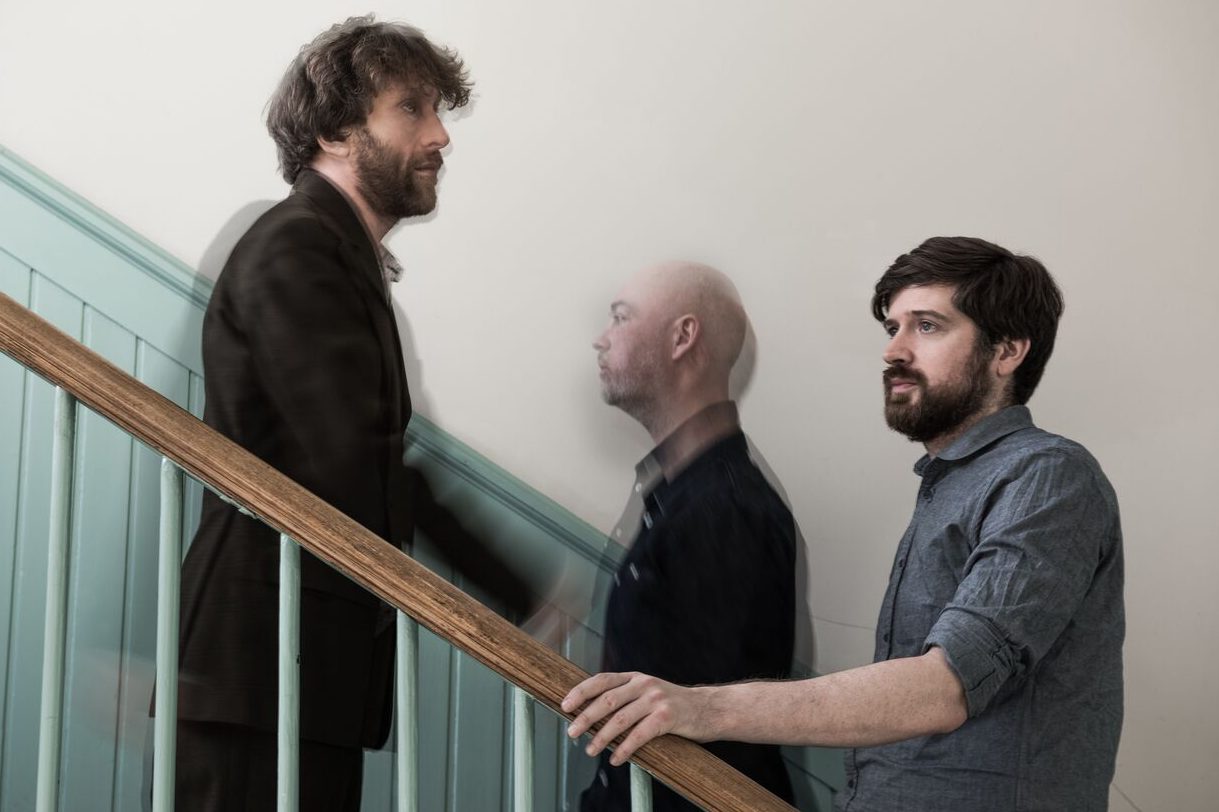 Already acknowledged as thrilling live performers and folk music pioneers, Lau arrive at a new creative peak with Midnight and Closedown. The band’s 12-year recording career is resplendent with unexpected collaborations, accolades and innovative ideas. The sound of Lau in 2019 is perhaps closer to late period Beatles than to the traditional tunes and ballads of their 2007 debut Lightweights and Gentlemen. And yet the new album’s closing track ‘Riad’ marks a full circle, stripping the lineup back to bare acoustic instruments.

Midnight and Closedown is Lau’s first new music since 2015’s The Bell That Never Rang (***** The Guardian; The Herald’s Album of The Year). Producer John Parish, widely celebrated for his recordings and collaborations with P.J Harvey, Eels, Sparklehorse, This Is The Kit, Aldous Harding, Rokia Traore, M. Ward, Giant Sand and many more, has captured the essence of Lau’s songwriting: tender, bewitching and mournful, uplifting, experimental and political. These are new sounds still rooted in the traditional music that brought together the UK’s three finest folk artists. 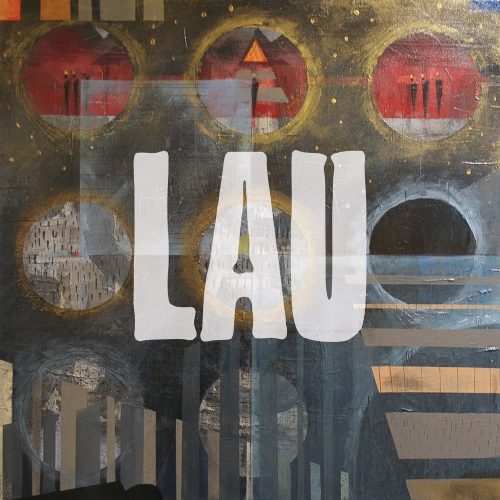 ‘Lau are a remarkable band – the most musically adventurous trio in British folk – exquisite and hypnotic, musicianship at its best – The UK’s best live band”  ★★★★★ 5/5 The Guardian

Lau have pushed at the boundaries of modern folk music with each successive release, curation and concert tour. And now comes this bold, progressive new statement. Reading between the lines here – the enigmatic album title, the quotes from the band members below – could suggest that the new album is Lau’s swansong. But Midnight and Closedown, Lau’s finest artistic statement to date, could equally prove to be the opening of a brave new chapter.

‘The songs on this album are about islands. Big Islands and little Islands and human islands. The idea that we’re all islands. Especially Islands.
We made this music quickly but without haste, started by discussing themes and even now there are still traces of them. There was a great deal of tune wrangling in order to get pieces which would normally take us months done in days. It worked! Turns out Martin was right, never go to the toilet if there’s a decision to be made.
We have made a series of ideas into little ships and planes and we’re hoping they’ll land on other Islands. Maybe you’ll wake up one morning with an idea in your head that started in one of ours! ‘

‘Every time Lau return to the studio we are a different little unit. Musically a three-piece band is wonderful thing. A triangle is a powerful shape, you can tilt it and turn it and any way up, whichever is its highest point will always be supported and grounded by two points beneath. And Lau have made much use of this power of three over the years.

But three is small, and that can be insular. So we always take a fourth and in recent years a fourth we don’t know know very well (except though their music). And this is tremendously exciting.

This time the fourth person was the legendary John Parish. Our job as we see it, is to pass over to the John the music as we have been playing it, and his is to mould and shape it as his ear guides him. And his ear is special. He has made a Lau album that only he could make, and, just for the record, he’s an absolute gent.’

‘We wanted to make a Brexit album. What does that mean? The themes seemed vivid and swirling. Isolation. Fear. Giddiness. Cutting ties with allies, friends and partners. The vehemence of opinion. The shoutiness. The rise of the right. The allure of brashness in politics. The allure of romanticisation in the politics of Scotland: complicated, ever-shifting parameters of nationalism, nerves and optimism in the aftermath of the 2014 independence referendum. The sense that our collective future is hazy.

We celebrated our tenth anniversary last year. It seemed like the end of a cycle; the culmination of a clear musical trajectory. This album is a synthesis of all that – of the stylistic elements we’ve arrived at after ten beautiful years together. In that sense it’s a state of the Lau nation, but it’s also a question. What comes next? For us musically, and for the society we live in.

How to address these questions in music? We try to be mindful. We try to not shout. We try to listen to each other, to enjoy the stylistic differences we’ve each grown into. As a trio we don’t have to synthesize. We can recognise the vibrancy in our diversity and we can love our common ground.

I wrote ‘Riad’ in Marrakech. I was on holiday in a boutique hotel – a boxed-in haven amidst the urgency and heat and desperation of the souks just outside. I thought of Scotland. I thought of our perceived haven within Brexit Britain. I thought of the fallacy of believing we can remove ourselves from the problems that are right on our doorstep. We are not immune. We must engage. In the track ‘She Put on her Headphones’, music becomes an escape, another haven. How much should we allow ourselves solace? How much should we force ourselves to confront?

All this was on my mind as we went into writing our fifth studio album.’

The four time winners of the  ʻBest Groupʼ at the BBC Radio 2 Folk Awards,   Midnight and Closedown concert tour dates are as follows:

Summer 2019 festivals to be announced soon

‘For alternative music lovers as much as folk fans, brimming over with intoxicating, mesmerising music’