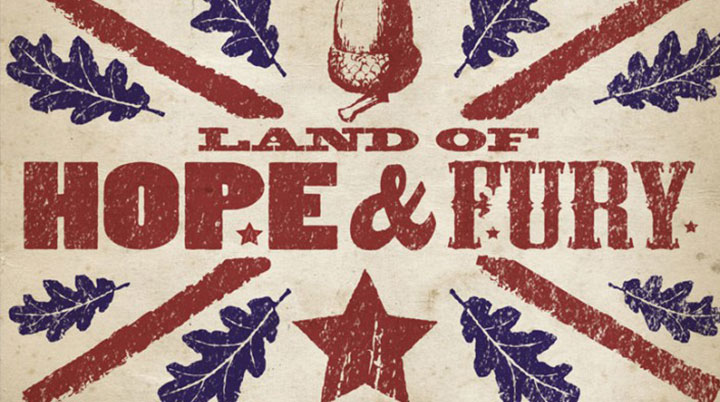 Protest music’s in fine fettle just now thanks to a reactionary government with increasingly bonkers policies, seemingly no grasp of reality and an obsession with selling off everything which provides a service for normal people. Sadly Billy Bragg will still have to wait a while longer for that Great Leap Forward.

Waking in the cold light of reality on May 8th 2015 Stevie and Jamie Freeman decided to compile an album that reflected the concerns of the disenfranchised and signal there is far more to come in a money first society. They weren’t short of contributors either, it seems lots of artists were as cheesed off as they were and only too willing to voice their disquiet, proof is sixteen tracks, mostly laid down exclusively for this CD and the proffered mastering skills of one Al Scott. Don’t expect there to be polemics here, this is one of those albums where seeds are planted and the real thinking is down to you, a perfect example of that is the opening Forgotten Voices from Luke Jackson, one old soldier’s life devoted to his country, his country not grateful to him. Both Emily Barker and Mark Chadwick are determined though restrained, Lucy Ward however puts it like it is, her hopes and dreams are for people to see beyond their own selfish interests, Bigger Than That is a love song to higher ideals or the disappointment voiced to someone  who’s let her down badly, take your pick, hers is an effective contribution. As is Filthy Lucre delivered a  neat slice of hoedown, riding a rolling banjo riff from The Mountain Firework Company and Will Varley’s witty The Sound of The Markets Crashing, somehow those bankers never really got what was coming to them did they? They still get their bonus whilst millions were wiped off the savings of ordinary people and the rich hide their stash in tax havens. “ Today I start to kick,” sings Jamie Freeman, Phil Jones is a quiet revolutionary, his disturbing hymn to his hometown of Aberdare New Homes charts the gradual slump of a town first full of life, vitality and employment which thanks to the hand of Thatcher and following administrations is now a black spot generally bereft of hope.

Hope though is a great word, it’s the constant here, for all the fury in the title, it is hope and conviction which fight back. Hope breeds action, we could all do with contributing a dose of that. Profits from the album go to the worthies at pressure group 38 Degrees.