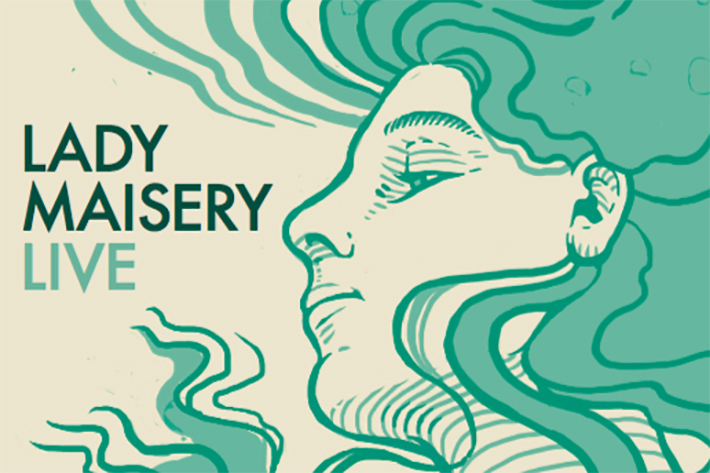 For Autumn 2018, Lady Maisery announce a new Live album. It contains 13 tracks of live versions of material from their three studio albums ‘Cycle’, ‘Mayday’ and ‘Weave & Spin’ and pre-release copies will be available at gigs in Autumn/Winter 2018 before an official release in 2019. The album captures the true depth of their sound and the impact of their three voices in instruments in the moment, weaving together to create a force of nature.

“Some of the most exquisite, thrilling, vocal harmony work, in the English Folk scene – an impressive blend of ease and sophistication” The Guardian

With their unique approach to harmony singing, intelligent and thoughtful arrangements of both traditional repertoire and original compositions, Hazel Askew, Hannah James and Rowan Rheingans harness and celebrate their united voice. Whether unearthing a feminist twist hidden in a traditional tale, delivering a poignant anti-war ballad, or showcasing their immense multi-instrumental talents in original compositions that draw on a myriad of musical influences, 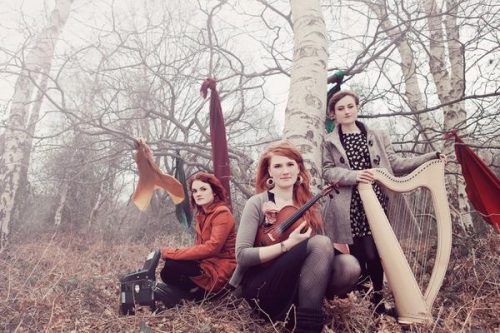 Underpinning every performance are Lady Maisery’s distinctive harmonies: sometimes lush and rich, sometimes dark and invigorating, they intertwine with assured precision. The trio are also one of the foremost English proponents of mouth music, or “diddling” – once common in England, and still found across parts of southern and northern Europe, this form of singing without words is a perfect showcase for their sheer musicality. Each also an accomplished instrumentalist, many songs are expertly accompanied by a rich tapestry of Rowan’s fiddle, banjo and bansitar, Hazel’s harp and concertina and Hannah’s accordion and foot percussion.

‘We’re really proud of this album, it’s managed to capture the energy of our live performances in a way that a studio album never can and it’s probably our new favourite recording that we’ve made! It contains some favourite songs from our repertoire, some of which we were keen to recapture as we’ve reworked them a lot over our years of performing together, and they’re quite different to their original recordings on our studio albums”

Over the last five years, the trio have toured widely, performing sell-out shows across the UK and Europe and you will have opportunity to see them live this autumn,  which is where you will be able to pick up a copy of the album before it is released more officially next year.