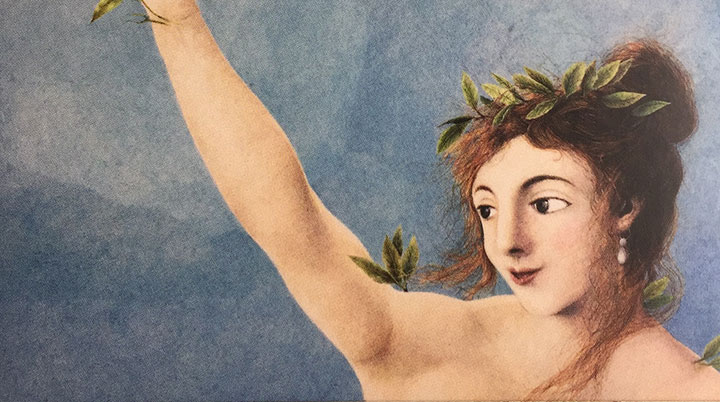 There’s been something of a rush of bands reforming to bring back the hits of their heyday with little thought that fans may like to hear something new – just give them the favourites and a bigger show seems the way. Even when these acts turn their minds to producing something fresh, it often fails to capture the original headlong rush of excitement of the earlier days. So, roll of drums, please – Daphne’s Flight are back after 21 years and they’re generating the same excitement as they did the first time around and with excellent reason for this flush of fun.

Formed after a riotously good impromptu performance at Cambridge Folk Festival in 1995, Daphne’s Flight consists of Christine Collister, Melanie Harrold, Julie Matthews, Helen Watson and Chris While. Yes, before you ask, they’re all back in this reformed ensemble bringing their mix of folk, blues, jazz and pop together for a new record, ‘Knows Time, Knows Change’, and a series of live dates.

It’s the same tasty recipe as before with each of them taking turns at lead vocal with the harmonising of the others dripping over songs like the sweetest of honey. Pouring in like light through an open window comes Chris While’s vocal on ‘Lay Fallow’, the opening track with its call to treat the environment with some common sense of renewal. It’s a song by Michael Kennedy and shows off the excellent cover choices made on here like the better known ‘Shipbuilding’ carried along by Melanie Harrold and ‘How Glad I Am’ propelled by Helen Watson. While each of them has a classy vocal style of their own, it would have been foolish not to bring in their own songs when such a talented pool of songwriters is to hand. Julie Matthews’ ‘Count Me In’ deserves a special shout out from me but the one that’ll capture your ears is ‘Goddess Of Mann’ by Christine Collister. Just check out the video on YouTube (via their site below) where you’ll find the ensemble itself in rehearsal and having fun in an infectious way that says – get this record and see them live for a flight to harmonic heaven.