In the summer of 2016, the organisers of the UK’s most easterly festival FolkEast had the inspired idea of pairing legendary musician Peter Knight and melodeon player extraordinaire, John Spiers for a special ‘one off’ concert at that year’s festival.

It ended up being a festival highlight, with no space left in the marquee and people standing five deep in pouring rain. For a few minutes at the close of their performance, with a standing ovation and roars for more, it didn’t seem as though the audience was going to let them go. As the MC remarked, it was one of those occasions when people could say “I was there”. * 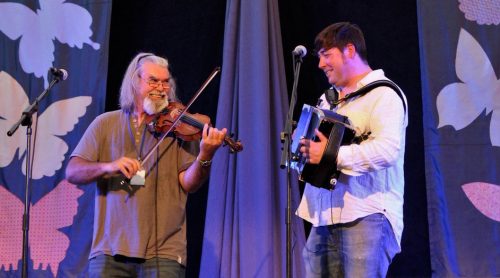 It was clear that leaving matters there was not an option, and plans were made to record an album (Well Met and undertake a UK tour during spring 2018.

Nearly four years later, the two perpetually busy giants of folk are about to return with their second studio album Both in a Tune – the apt title inspired by a line in Shakespeare’s As You Like It.

The 10-track release, produced by Knight and Spiers and mastered by Edward Blakeley, shows how the duo’s sound has evolved. Taking traditional tunes that may sound unremarkable in other hands, or improvising a box-fresh tune from the get-go, Knight & Spiers explore every facet and nuance, morphing and melding the music into something exploratory and extraordinary and taking listeners on a journey of striking singularity.

Peter Knight’s reputation is peerless – his wholly distinctive wizardry having enriched the British music scene for more than four decades. Since his departure from folk-rock’s iconic Steeleye Span in 2013, he has turned his full attentions to the Gigspanner trio and Gigspanner Big Band, conjuring up a unique sound. 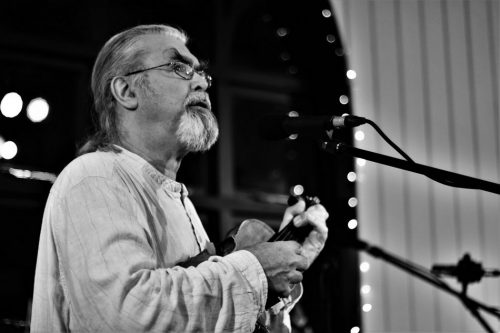 London-born, but now living in south-west France, his career started when he won a place at the Royal Academy of Music and was immersed in classical music. Migrating from there through the vibrant Irish music scene of Sixties London he was later invited by Ashley Hutchings to join Steeleye Span, securing his place within the annals of British folk music.

Introduced to the art of free improvisation through an encounter with world renowned jazz saxophonist Trevor Watts, it’s no surprise that on-the-spot invention runs through his genre-agnostic veins.

John Spiers meanwhile is known as one of the leading melodeon players of his generation and co-founder of the raucous Bellowhead behemoth that held sway over the scene for more than a decade – as well as his collaborations with Jon Boden and Jackie Oates and as a member of Knight’s Gigspanner Big Band. 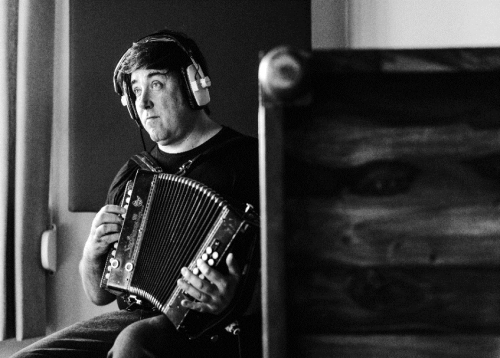 But his duo with Knight is the most freeform of all, a leap of faith producing something spontaneous and special.

From a wellspring of British traditional folk tunes – and their own imaginations – the pair produce startling, eclectic and hypnotic arrangements that flirt through the genres and have no fixed destination.

Says Peter: “Since recording our first album, John and I have far more experience of playing together. With Both in a Tune I felt it was important to push the boundaries further, without forsaking the integrity of the tune itself.  Combining my interest in folk music and free improvisation is not always easy, but I feel the endeavour is absolutely necessary for the world of music. It is probably more risky but I believe it’s a risk well worth taking.”

John Spiers acknowledges that working with Peter Knight has allowed him to develop a more exploratory side of his playing.

“It’s something I have always had but rarely used in other bands and pairings so I am very grateful for the serendipity that brought us to work together.  Because of the nature of the melodeon, I am both a soloist and an accompanist, a rhythm player and a melody player and I think that means I treat music as a whole rather than a series of parts.   When you say ‘here’s a tune’ what does that really mean? Does it mean all the notes you heard someone play including all the ornamentation and feeling? Does it mean just the most important notes that would be written down in sheet music? Does it mean the harmonic structure and chord sequences?  Or does it just mean the feeling you get from hearing or playing the piece of music?  Those questions are at the heart of Both in a Tune.  I’m not sure I know the answers but I suspect the answer to all might be yes.    Improvisation can be a loaded term but at its core it means staying open-minded and being playful when playing music.    A lot of the material on the album is drawn from old sources which have been played time and again over the years.  By playing them in this open way I feel we have really got inside them and distilled what it meant to us to be playing them at that particular moment in time – whether it’s allowing the strong melody to dominate, whether it’s just hinting at a whisper of the tune over a texture of emotion, or whether the only tune in the room is two musicians playing off each other.”

Knight and Spiers will showcase Both in a Tune on a 26-date UK tour dates as follows:

13th Folk at the Froize, Suffolk