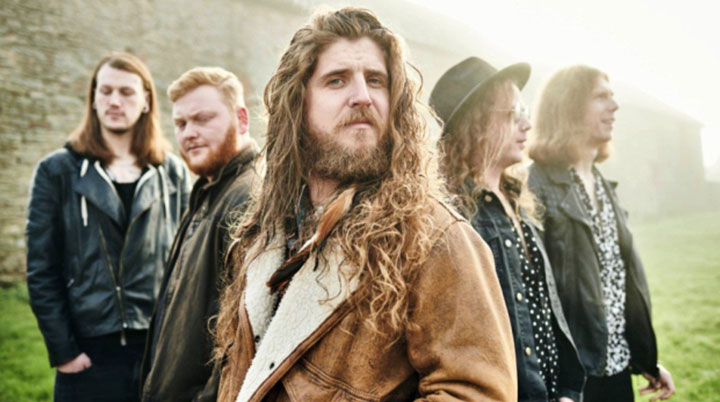 Album number four from this quintet from Norfolk whose fusion of blues and hard rock has seen them build up a devoted following on the live circuit. The band certainly wear their influences on their sleeve on this latest slice of hard rockin’ fare with the amps turned up to 10 and a swaggering sound that brings to mind The Black Crowes and The Quireboys.

A foot stompin jaunt to be sure, the first half of the album rolls along with a let’s get the party started vibe and a slew of pumped up Les Paul powered riffs that hit you like a train. This is certainly a set that aches to be played live, but while taken individually the songs work fine, the old adage of less is more springs to mind. The title track probably sums things up. With its meaty grooves and ringing guitars its impact is dissipated somewhat by a conveyor belt of similar sounding tunes. Perhaps they’ve tried too hard at times to recreate their live energy.

The band does show a growing maturity though on the second half of the record. The reflective and highly emotional ‘See You Again’ is a beautiful ballad and the strings and fine acoustic playing demonstrate that the band can mix things up when required. As does the funky ‘Before I Die – a Stevie Ray Vaughan informed track that follows and where vocalist Stevie Westwood really shows off shows an authoritative style that recalls prime time Michael Des Barres. Great stuff!

The band saves the best until last with the magical, sometimes folksy ‘Something About Your Kiss’. Amazingly tucked away as a bonus track for the CD version, it perhaps represents a departure for the band. A beautifully haunting track, it’s a real highlight, with Stevie Westwood’s finest vocal performance to date as he wrings every drop of emotion he can muster before the song segues into a blistering and truly epic guitar solo from Rob Glendinning.

‘Kiss The Sky’ is perhaps a crossroads moment for Bad Touch. Trying just a little too hard in places, it nevertheless is an album that throws a few curveballs and heads in a different flavoured direction at times that bodes well for the future. Catch them live promoting this album next April.