Kings Of The South Seas 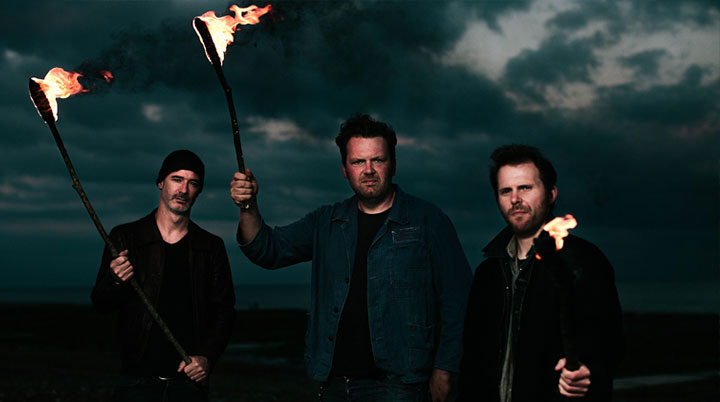 Be careful next time you wander into the musty interior of the local second hand book shop, that’s what Ben Nicholls did and his casual purchase became an obsession. Kings of the South Seas are a branch of his diverse melodic creation which concentrates on the harrowing and downright unappealing journeys which whalers made to the other side of the world, often for years on end. The music’s as harsh and uncompromising as the oceans to which they travelled, some blood soaked- there’s no way killing a whale can ever be truly romanticised, that’s why no folk song makes it out to be a party.

Nope this is stunning in both scope and intensity, the growling of a churning electric guitar set against a deep rumble of free form jazz drums and a wheezing squeezebox, no doubt it reflects both the caution and equal menace felt by those who undertook such foolhardy enterprise.

Nicholls himself, once turned away from Seth Lakeman and double bass proves to be a perceptive and witty musician who leads his trio through songs which range from Polynesian gospel to Tyneside lament and all points between. Producer John Parish (PJ Harvey amongst others,) has the ears for a spooked roots project, laid down in a huge, echo of a room at Cecil Sharp House back in June 2014, where else is more fitting to lay down an album of trad music, even if it is slightly skewed? And all done and dusted in a mere three days. Remarkable!

Normally I’d run a mile and put my head in a bucket before listening to an album of bearded sea shanties which sing about hauling away and racing down the coast of old somewhere or other! But this a delight and can sit as happily in the folk or alt rock sections in your local music emporium. Stacked with pleasant surprises, hymnal prayers to a kindly Lord, music hall quality humour and more than that a grounded reality that whaling was a bitter and often life changing experience, this is as much social history as a modern recreation. Less sailor’s frolic as mariner’s downfall, fascinating all the same.