When FolkEast returns to Suffolk this summer it will be celebrating a decade’s unbroken run – a journey that not even a pandemic could stop.

And topping the Sunday bill will be none other than the legendary ‘First Lady of Folk’ Kate Rusby. 2022 is a special year for ‘The Barnsley Nightingale’ too as she marks 30 years touring as a professional folk singer, the release of new album ‘30’ and a back catalogue of over 20 albums and collaborations. See Kate and family singing Manic Monday from her lockdown album Hand Me Down.

Kate and her band (including husband Damian O’Kane) will headline a festival finale that will also feature one of the most sought-after live acts on the scene – the high-octane Scottish powerhouse trio Talisk, fronted by irrepressible concertina ace, Mohsen Amini.

The 2018 BBC Radio 2 Folk Awards Musician of the Year will be joined by guitarist Graeme Armstrong and fiddler Benedict Morris (BBC Radio Scotland Young Traditional Musician of the Year 2019). Their explosively energetic set of musical pyrotechnics promises to leave few people sitting down. 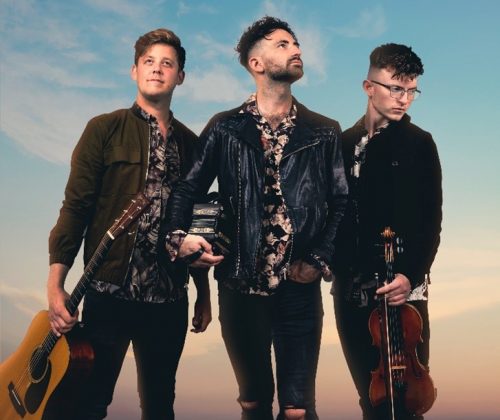 Pivotal throughout the weekend will be the festival’s hugely popular ‘life enhancers’, multi award-winning patrons, The Young ‘uns (Sean Cooney, Michael Hughes and David Eagle). FolkEast is the place to see the endearing trio up to things you won’t see anywhere else and they will once again be presenting their hugely popular podcast.

Kicking off the festival on the Friday night will be an artist who became one of the genre’s biggest successes of last year – singer songwriter Katherine Priddy – who won widespread critical acclaim for her debut album The Eternal Rocks Beneath which became one of MOJO Magazine’s Top 10 albums of 2021.  Priddy, who has toured with the great Richard Thompson, made her mark with her skilled song writing, haunting vocals and distinctive finger-picking guitar style. 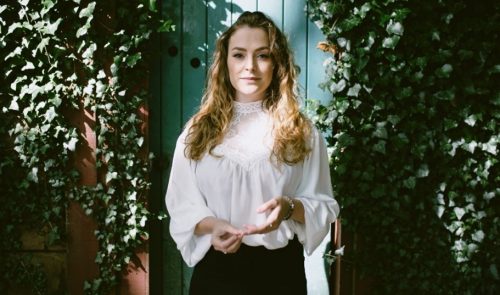 Friday also brings the exquisite pairing of John Spiers and Jon Boden, the fiddle-melodeon duo recently reunited after many years. Founders of the great 11-piece band Bellowhead, the pair last year released a new album Fallow Ground with The Observer reviewer remarking “they are still the dons”.

* Friday night’s headliners are under wraps – but it will be a rare appearance, due to be announced on March 4!*

Saturday night will bring a headline set to savour from Mercury Prize nominated The Unthanks – as they return to touring after two years,  with their bumper eleven-piece band and music from their first new album in six years, Sorrows Away.   It’s an act fused on the stand-out harmonies of Tyneside sisters Becky and Rachel Unthank. They have built an unparalleled reputation with their fusion of traditional folk music and bold genre-hopping forays which has seen them perform with orchestras at the Royal Albert Hall and Royal Festival Hall. 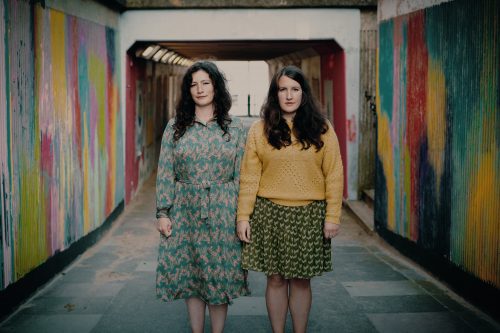 Their distinctive, haunting music was heard at Christmas on BBC-TV’s enchanting re-imagining of the children’s story of talking scarecrow Worzel Gummidge and has also been heard on BBC-TV’s Suffolk-filmed The Detectorists – both starring actor Mackenzie Crook.  Hear The Unthanks singing ‘The Scarecrow Knows’ from Worzel Gummidge https://www.youtube.com/watch?v=Wzu7LK1cboA

By contrast, rocking the main Sunset stage on Saturday night will be Sam Kelly and the Lost Boys, one of the most exciting bands on the circuit. Norfolk-based singer-songwriter and multi-instrumentalist Sam has one of the finest voices on the scene and is joined by the brilliant line-up of Jamie Francis (banjo), Graham Coe (cello), Toby Schaer (fiddle/whistles), Archie Moss (melodeon) and  all(drums) to inject new life into traditional songs and tunes from both sides of the Atlantic and the occasional surprise classic rock cover. 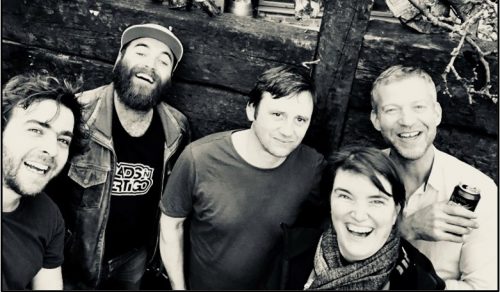 England’s most easterly folk festival is known for standing out from the crowd and has become one of the best loved events on the UK festival calendar.

It all began in 2012 at Somerleyton Hall near Lowestoft but since then has made its home at the glorious Glemham Hall estate near Woodbridge, hosting some of the folk and acoustic world’s finest UK and international artists.

The brainchild of husband-and-wife team John and Becky Marshall-Potter FolkEast even went ahead in 2020, becoming the first English folk festival to stage a live event as restrictions lessened following the COVID outbreak.    Buoyed by supporters donating nearly £33,000 to a crowdfunder to ensure the future of the festival they announced Virtually FolkEast – a two-day live and streamed open-air event from a meadow at FolkEast HQ for a 200-strong daily audience in socially distanced pitches.

“I loved FolkEast. Relaxed, friendly, in a great location with masses of space and a really strong line-up. A great weekend that really lifted the soul after months of lockdown”  Robin Denselow Journalist/broadcaster (FolkEast 2021)

That experience – and the subsequent welcome £80k award from the Culture Recovery Fund – stood organisers in good stead to put FolkEast back where it belonged last summer in a streamlined, spacious and COVID-secure way.

Says Becky: “We have been lucky enough to have had some amazing artists join us over the years and 2022 will be no exception. This is a line-up that reflects the past ten years but also looks to the future.

“The past couple of years have been challenging for all festivals and we’re delighted that the support we’ve received has allowed us to keep FolkEast on track with no missed years. It’s hard to believe we will be celebrating ten years of a festival community coming together in a beautiful location where time can seem to stand still – for one weekend at least.”

Located close to the A12, the festival will also be running its usual shuttle buses to the site from Wickham Market station.