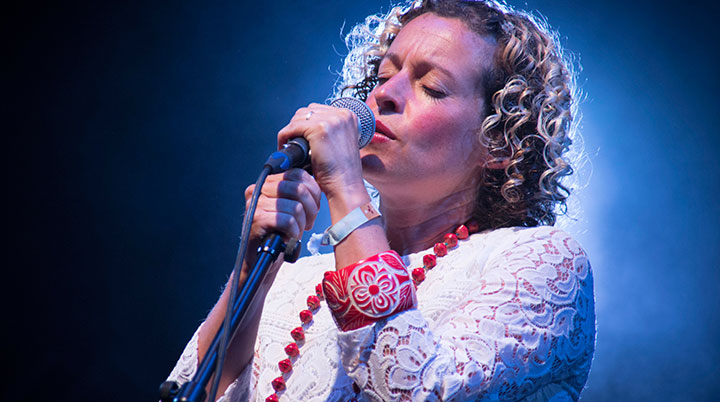 Forever proud to call herself a folk singer, Kate’s beautiful, expressive vocals never fail to connect the emotional heart of a song to that of her audience. The crossover appeal Kate enjoys is unprecedented for a folk singer and has been achieved without resort to compromise.

As early as 1999, aged just 26, Kate was named as one of the Top Ten Folk Voices of the Century. Everything she has done since has confirmed the foresight of those who bestowed that honour. From being a nominee for 1999’s Mercury prize – almost unheard of for a folk singer both then and now – for her stunningly assured second solo album, Sleepless, to 2016’s enthralling Life In A Paper Boat, Kate has stayed true to her folk and acoustic roots.

She’s about to enthrall us again with the release of her latest album Philosophers, Poets and Kings on 17th May, with tour dates to coincide,  so you can experience her magical voice live for yourselves.

2-4 Underneath the Stars Festival, Barnsley www.underthestarsfest.co.uk

She headlines Underneath The Stars – the family-run independent arts and music festival held in Barnsley, South Yorkshire – from 2-4 August 2019.