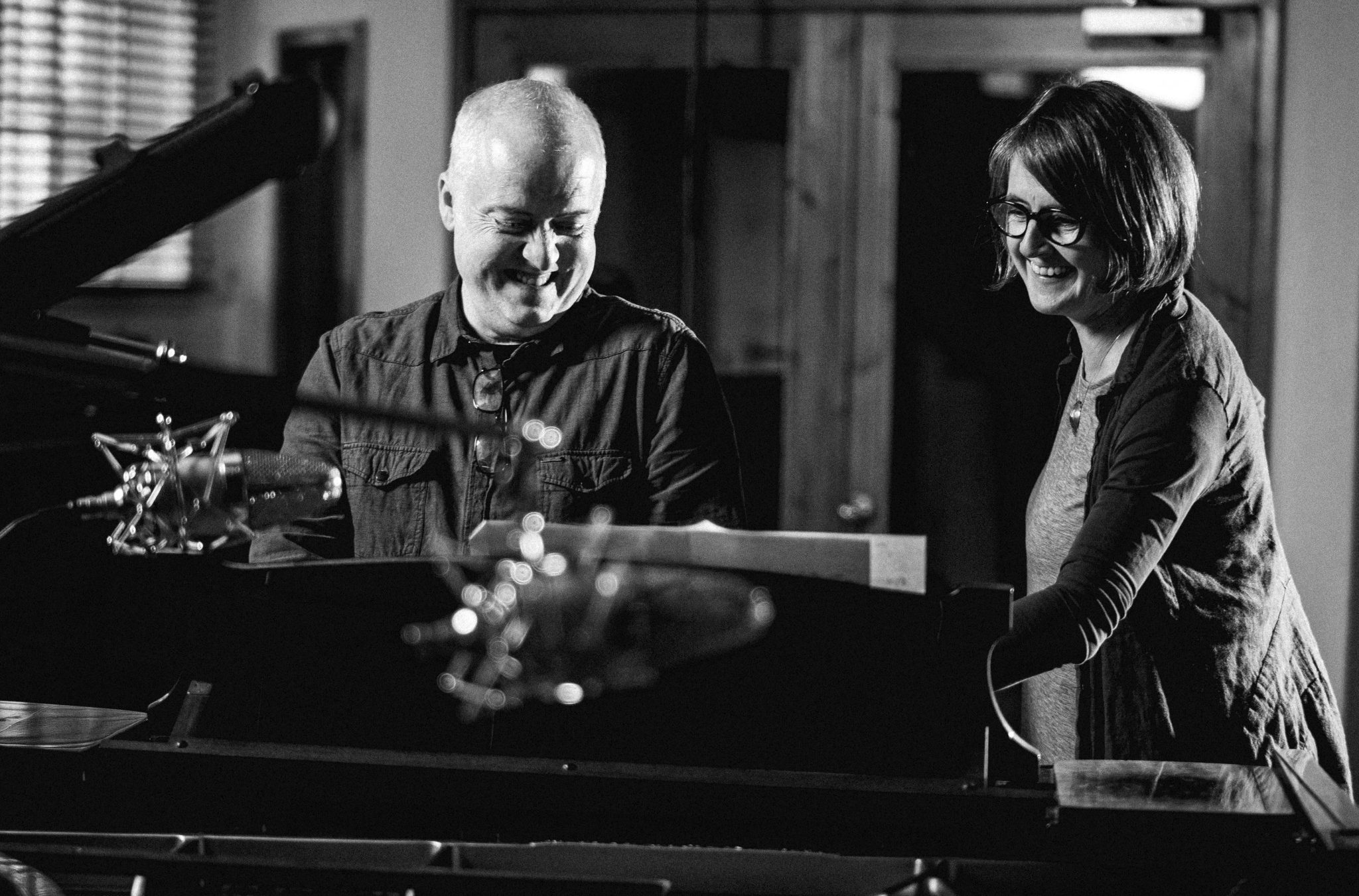 Piano and voice isn’t a combination that you hear much in the folk idiom and yet it can be just as potent – if not more so – than a full band. Karine Polwart’s new album ‘Still As Your Sleeping’ is just this, a duo album of piano and voice. Deceptively simple, yet devastatingly powerful.

the Earth is never still,
it’s never still –
even rocks melt in the sun
(taken from the track, ‘Siccar Point’)

‘Still As Your Sleeping’ is an intimate, stripped-back collection of songs Karine recorded with renowned pianist and composer, Dave Milligan. Although known primarily as a jazz pianist, Dave’s writing and arranging often distils folk and traditional influences, making him the perfect creative partner for Karine in what is very much a dual project. Both musicians live in the same Midlothian village of Pathhead and have known each other for years and the familiarity is evident in the music. It’s a magical combination, and as Karine says, “One voice and one piano can hold a lot of space, a lot of feeling.” It is also no coincidence that Jenni Douglas, who created the album’s gorgeous, evocative artwork, also lives in the same village. 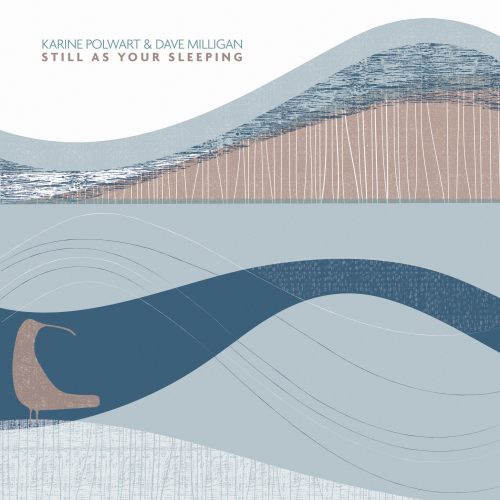 One breath and then another is all we need

(taken from the track, ‘The Path That Winds Before Us’)

An incredibly personal album, it was recorded less than ten minutes from Karine’s home. “It’s never felt more important to me to make music, and tell stories, from exactly where I am, with the people I live alongside, my friends and neighbours”.   Of the 10 tracks that make up ‘Still As Your Sleeping’ some are old, some are new, but threaded through them all are images of stillness and flux, leaving and returning, and pivots of change. They range from original songs by Karine, such as ‘Travel These Ways,’ written for Luminate, Scotland’s festival of creative ageing, to other contemporary songs including ‘Old Men of the Shells’ by fellow Scot, Alasdair Roberts. There are also traditional songs – ‘Craigie Hill’ and the timeless and poignant ‘The Parting Glass’. Interestingly, it was Karine’s version of the latter that Margaret Atwood chose for her specially curated BBC Radio 4 Today programme in December 2020, and which also featured in a July 2021 edition of BBC Radio 4’s Soul Music. Karine sums the collection up by saying that many of the songs walk the edge of things. “People say goodbye to what they know, to loved ones, and perhaps even to life, whilst others are pulled back to the world of the living. There’s a deep sense of time too, both of those who went before us, and those who’re still to come”.

Karine’s previous solo release, 2019’s Karine Polwart’s Scottish Songbook reached the UK Top 40 album charts, and toured major UK venues, including The Barbican in London and The Usher Hall in Edinburgh (she is currently under commission by the Scottish Chamber Orchestra and the Royal Botanic Garden Edinburgh). Karine’s previous records have picked up awards and nominations from the likes of SAY, BBC Radio 2, CATS, Songlines, The Guardian, BBC Radio 3 and more. April 2018 saw Karine named BBC Radio 2 Folk singer of the year.

Tour Dates are as follows:

Karine Polwart and Dave Milligan release ‘Parting Glass’, the first single to be taken from Still As Your Sleeping on 23 August.

Still As Your Sleeping is released by Hudson Records on 1st October 2021 on CD and Digital. The vinyl release follows in December 2021