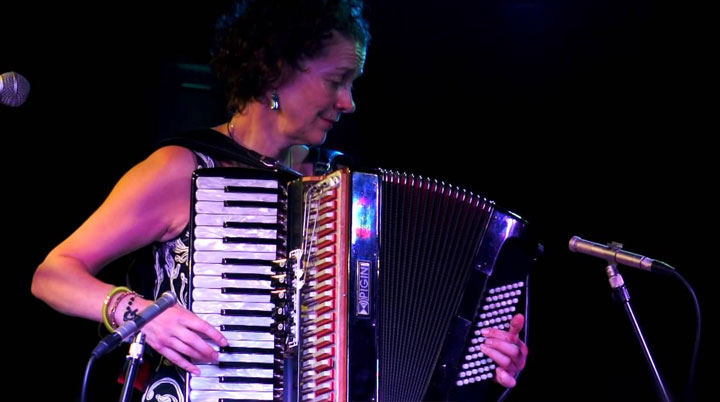 A thought provoking and elegant concert celebrating the life and work of controversial pioneering 19th century photographer Julia Margaret Cameron is taking place on her adopted island of the Isle of Wight on Easter Saturday aiming to present another view of this unique individual.

The concert curated and collated by walking whirlwind of an accordionist Karen Tweed promises to be the launchpad for bringing to the public’s attention the work of an inspirational artist who Karen described as ‘colourful, opinionated, passionate and daring’ and ‘The Bjork of her time’.

The idea for the project first came about when Karen was living on the island and visited Dimbola Lodge which houses a permanent exhibition of her work. While there, Julia photographed many notable figures in society, politics and science from the time.

It was a photograph of John Herschel that captured Karen’s imagination leading to the composing of ‘My Dear Julia’ imagining in music what Herschel’s letters to Julia might contain.

This was the starting point of the project that includes music, words, songs and sketches, and it was while teaching on the Folkworks summer school in August 2017 that Karen saw the potential in the musicians who join her in this project, namely tenor horn player Trevor Wilkinson, David Salvage on guitar, bass mandolin, percussion and voice, plus mandolin and melodeon man Michael Burns. However, geographical issues had to be overcome as Trevor lives in Newcastle, David in Humberside / East Yorkshire and Michael in Manchester, but where there is a will, there is a way.

Collectively, they have named themselves Dimbola in honour of the venue that houses the collection of Julia’s photographs and for the concert they will be joined by Italian sitar and harp player Anna Sacchini who is based on the island, and organises the annual Harp on Wight event.

Karen Tweed, who describes Julia as a ‘Trailblazer’ who ‘upset people and their perceptions’ and was ‘ahead of her time’, hopes that the project will introduce Julia Margaret Cameron to a wider audience.

This performance will act as a springboard for Trevor, David and Michael to continue developing their arrangement, perfomance and compositional skills crossing genres, themes and musical styles.

This unique event, part of the islands Hidden Heroes series of concerts, has received backing from The Arts Council and is being staged at The Quay Arts Centre, Sea Street, Newport Harbour, PO30 5BD, Isle of Wight on Saturday 31st March. Tickets are priced at £10 and can be obtained by calling the venue on 01983 822490 or by email info@quayarts.org