JOSHUA BURNELL TO RELEASE ALBUM ‘SONGS FROM THE SEASONS’

In late December 2016, young, York-based musician Joshua Burnell embarked upon an ambitious project to release his own arrangement of a traditional song or tune digitally each week, reflecting the seasons as the following year progressed.

Now, fourteen favourites from the fifty-two tracks he created will be released on a brand-new album Songs From The Seasons, out on May 4 via Misted Valley Records. Produced by Burnell at Misted Valley Studios in York, the album features artwork by Annie Haslam from the band Renaissance. 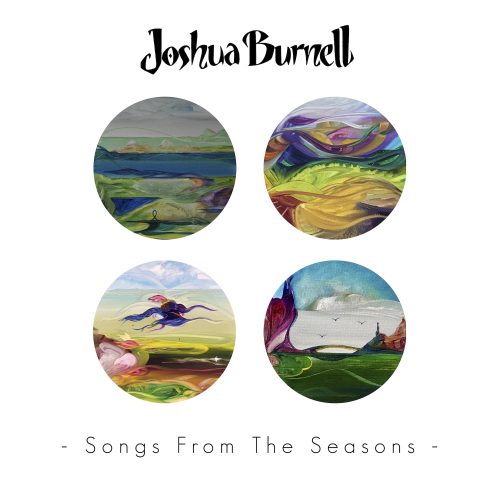 The tracks for the original project were chosen from material mainly from the British Isles, along with some European folk music, including translations of ancient Danish ballads and Breton music. The songs were divided into four groups to follow the changing of the seasons and to celebrate any significant events in the traditional calendar. Each entry was released on Youtube and accompanied by a detailed blog on Joshua’s website which explained the history of the music and also the history of which other artists had played and shaped the material during the various folk revivals.

The tracks on Songs From The Seasons are dedicated to different members of the British folk scene who have inspired Joshua to create his own versions of the songs and to keep them alive and relevant. ‘Two Magicians’ for example, is a re-write of a traditional Scottish song, juxtaposing the misogyny portrayed in the traditional lyrics with a female-empowered version for the 21st century. While retaining certain key characteristics of the folk tradition, Burnell made the tracks his own, focusing on the songs and tunes first and foremost, rather than set instrumentation.

Following the release of Songs From The Seasons, Burnell and his six-piece band will embark upon a UK tour this spring followed by festivals during the summer.

Amongst recent accolades, the Seasons Project earned Joshua the Highly Commended Best Performing Artist award at the York Culture Awards 2017 and he and his band won the The Great British Folk Festival audience poll for favourite act by an overwhelming majority when they performed this year. They will be returning to play on the main stage on December 1st 2018.

Burnell’s debut album Into the Green was widely praised on its release in 2016. Acoustic magazine called it “A welcome blast of originality in our serious world, it’s a hugely impressive work and a lot of fun”. Classic Rock commented: “The Incredible String Band would be proud.” And R2 magazine in its Best of the Year, concluded “One way or another, this exciting young artist is certainly going to make himself heard.”