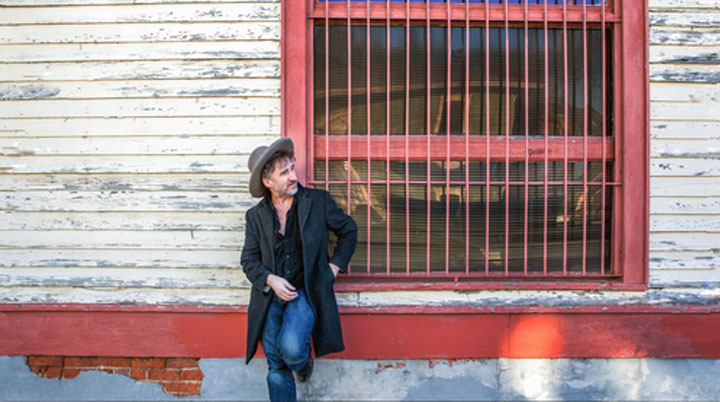 New Orleans piano player and songwriter Jon Cleary is widely regarded as one of great heirs to the city’s world-changing music heritage – an outsider from Kent, England who has improbably become a beloved personality in his adopted hometown. From a young age, Cleary’s love for the city was insatiable, with the records of Earl King and Snooks Eaglin constantly on his mind. The day after he graduated high school, he hopped on a plane to NOLA with nothing but the phone number for the historic Maple Leaf Bar to chase his dream. Fast-forward: NPR calls him “pure New Orleans,” and he’s made the city proud with his 2016 GRAMMY Award for his last album ‘GoGo Juice’. Jon Cleary has not only ascended into the pantheon of New Orleans musical greats, but established a contemporary groove and a style that’s unmistakably his own.

After winning his first GRAMMY and constantly touring across the world, Cleary returns with his ten-song LP ‘Dyna-Mite’ out July 13 on Thirty Tigers. Cleary’s fingerprints are omnipresent throughout with his hip-shaking piano that blends together a diversity of moods and textures. The R&B/funk/soul-imbued movable feast epitomizes his moniker of multi-instrumentalist, too. Cleary wrote every song on the album and co-wrote “21st Century Gypsy Singing Lover Man” with Taj Mahal, all of which display his mastery of his craft regardless of what instrument he’s playing. “I’m a jack of all trades, and a master of none,” says Cleary with his understated English humility. To complete this picture, he turned to his talented group of local musicians to round out the roots and emotion of ‘Dyna-Mite’. Cleary says, “In New Orleans, you have to keep it real.”

You can have a sneaky peak of the single ‘Dyna-mite’ here: https://www.youtube.com/watch?v=eJyskDspkYI&feature=youtu.be

Recorded at Music Shed Studios, The Parlor and Cleary’s own Funk Headquarters studio in the historic Bywater neighbourhood of NOLA, ‘Dyna-Mite’ shows off Cleary as the virtuoso talent once described as “nothing short of amazing” by Relix.
The self-titled album opener feels like a rollicking march through the French Quarter, taking cues from the old cats in saloons, studios and street parades. “The idea for “Dyna-mite” and the whole first verse came to me, unbidden and complete, on a plane as we were about to take off for an overseas tour,” says Cleary. “The rest of the song came pretty easily and I had in the back of my mind an image from an old gig poster on my wall of Etta James, billing her as ‘Li’l Miss Dyna-mite’. I’ve wanted a new tune in the set that had that funky old Caribbean groove and we nailed it in the first take, live vocals and all.” “21st Century Gypsy Singing Lover Man” turns that energy inwards, showing off Cleary’s many skills as his soulful croon soars over sumptuous piano and horn arrangements.
Rolling Stone said Cleary’s music is “full of hooks and syncopation descended from James Booker and Professor Longhair”, and his career includes writing and performing with Dr. John, B.B. King, John Scofield and Taj Mahal, playing in Bonnie Raitt’s band for ten years, and also appearing alongside Norah Jones, Ben Harper, Alison Krauss and more on Raitt’s album ‘Bonnie Raitt and Friends.
Jon will open for Bonnie Raitt and also play as part of her band on the following shows:
July 09  Manchester        Manchester Arena
July 10  Glasgow             SSE Hydro Arena
July 12  Leeds                  First District Arena
July 13  Dublin                  RDS Arena
July 15  London                Hyde Park
July 17  Cardiff                  Cardiff Motorpoint Arena
Pre-order ‘Dyna-Mite’ here: http://smarturl.it/dynamite-all
For more information visit http://www.joncleary.com/