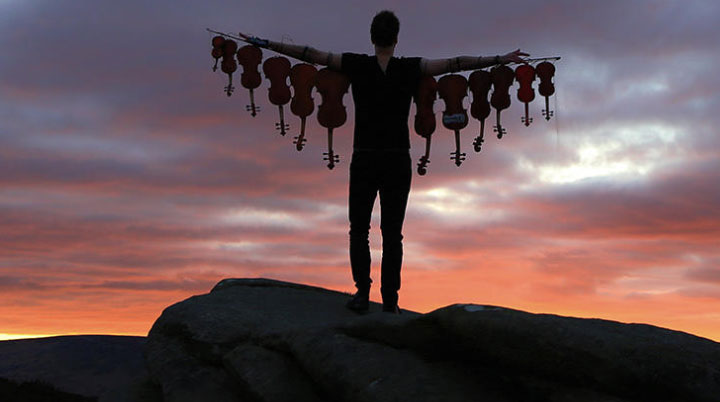 The beast that was Bellowhead has been laid to rest with a celebratory final tour – although don’t be surprised if there are one off performances and a reunion tour à la Take That somewhere down the line. The various members of the band will all be gearing up for new pastures, whether solo or in collaborations

One of the first off the blocks is Bellowhead’s version of Gary Barlow (or was he their Robbie Williams?): Jon Boden, who has announced a trio of festival dates and a 14 date tour for November 2016 to ‘explore a more simple, pared down sound’

Something tells us it won’t be long before he gets big and bold again, just look at that picture, is he casting himself as the Folk Angel of the North or a musical scarecrow? One thing is for sure, whatever he does it will be worth watching.