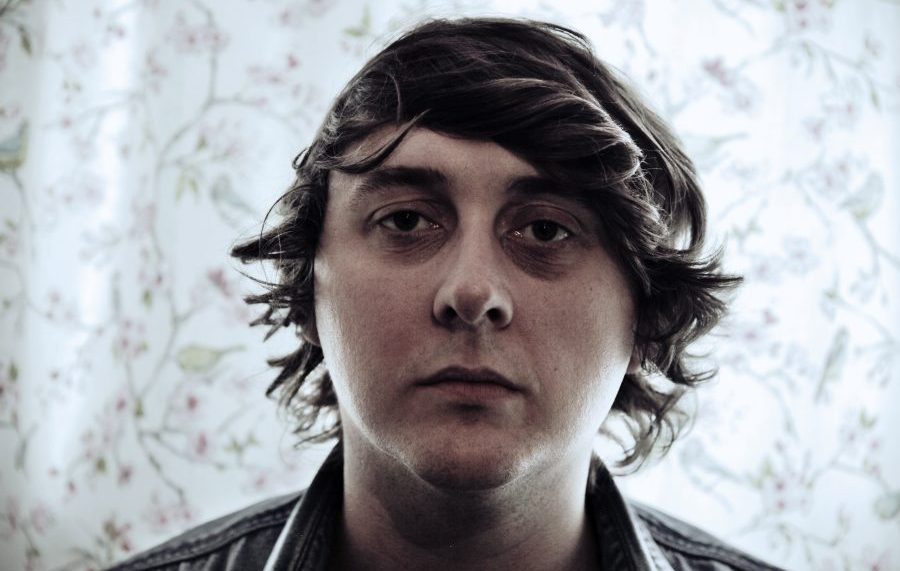 On Ether & Air is the final part John Blek’s Catharsis Project, a four album exploration into themes of the sea, the earth, the embers and the air. This new record is an examination of the simultaneous lightness and weight of the atmospheres surrounding us and the innate human longing for unbridled freedom.

Written over a period of 6 weeks and recorded throughout the second half of 2019. Collaboration was key to the creation of this record.

“Chance encounters and some fortunate timing lead to me being able to work with some of my favourite musicians. Getting people with such unique playing styles involved went a long way in defining the sound of On Ether & Air and creating an album of which I am immensely proud.”

Blek is an artist with a story to tell. With his timeless emotive voice and layered fingerstyle guitar you will be transported from scene to scene as his expansive songbook unfolds.  He is Cork City born and bred currently residing only a mile or two from his childhood home but listening to his music you can hear the influence of travel and experience. His parents, both of whom were primary school teachers, had to bribe him to stay in school after his 16th birthday with the promise of a new guitar on the completion of his final exams. Such was John’s belief in his ability and chosen path in life that he was willing to forgo the more traditional education sought by his peers. This conviction carries through to his art. His music is written from such a personal place that it creates the sense that he grew up with these songs, that they are in his blood – and in a way he did, they are his thoughts, his words, his sounds and his stories. Though not all autobiographical, like many of the great painters, an element of the artist exists in every portrait.

It all began for him in the passenger seat of his father Hiace van. Parked in the driveway running the battery down listening to cassettes from Jim Croce, Willy Nelson and The Beatles. These formative musical experiences unknowingly laid the foundation for John’s self lead musical education. Later the discovery of Bert Jansch, Bob Dylan, Nick Jones and Neil Young added more fuel to his fire. He began writing his own music at 15 for no other reason than that he found it frustrating and false trying to learn and imitate other musicians’ work. That was the start of his pursuit of his own unique voice.

Blek has a love of music in the real sense, he creates to create. Although only 34 he has a catalogue of music that would represent a life’s work for many musicians. Blek is a career musician, and has dedicated his working life to developing his music. He began his solo career in 2014, and over the last six years has created a reputation as a singer songwriter who is sure to leave a legacy of timeless music that will speak to generations. He has released 6 albums to date [Digressions #2 Grounded (2021), The Embers (2020), Thistle & Thorn (2019), Catharsis Vol.1 (2017), Cut the Light (2016), and Cutting Room Floor (2014)]. He speaks about his craft as passionately as he performs and has a dedicated fan base, meaning he has a well-worn path returning to play venues across Germany, Belgium, Holland, Denmark and the UK as well playing to sold out venues in Ireland like Triskel Arts Centre, Whelan’s and The Black Gate Cultural Centre.

Having toured extensively, John carries his travels with him in the music he writes. He takes you on his journey, more often than not on the road less travelled. He achieves what Cesar A Cruz said art should, ‘comfort the disturbed, and disturb the comfortable’. John Blek is enthralled by folk art. The stories, the sense of place and the humanity. You see, at his heart he is a storyteller, influenced by experience and the natural world around him, with tones of compassion and sometimes sorrow, with a voice that sounds purposefully introspective and intimate – a voice that compels you to listen. With often haunting layers of music and lyrics he creates an incredibly atmospheric and inspirational arrangement that lingers with you long after you hear it.

While Blek is a solo artist he regularly collaborates, and indeed will write new music with collaborators in mind. As a result, it never feels like another artist is merely gate crashing his music instead it works as a beautiful harmonious meeting of artists who understand each other. Recent collaborations include Kris Drever & Kit Downes who both join John on his album “On Ether & Air”, Joan Shelley who embodies Laura, one of the characters in Blek’s duet “The Body”, Nathan Salsburg of the Alan Lomax Archive who, with John is currently investigating lesser known folk songs that travelled from Ireland to America in the mid 1800s with the support and funding of the `Arts Council of Ireland and fellow Corkonian Mick Flannery who duets with him on Revived a single from the 2020 album “The Embers”

On Ether & Air will see widespread release on 10th September in Europe and the UK via K&F Records and Hometown Caravan and in Ireland through John’s own label We Are Rats Recordings (WARR). Available on digital, CD and gatefold 180gram Vinyl.

For more information or to purchase the album go to www.johnblek.com