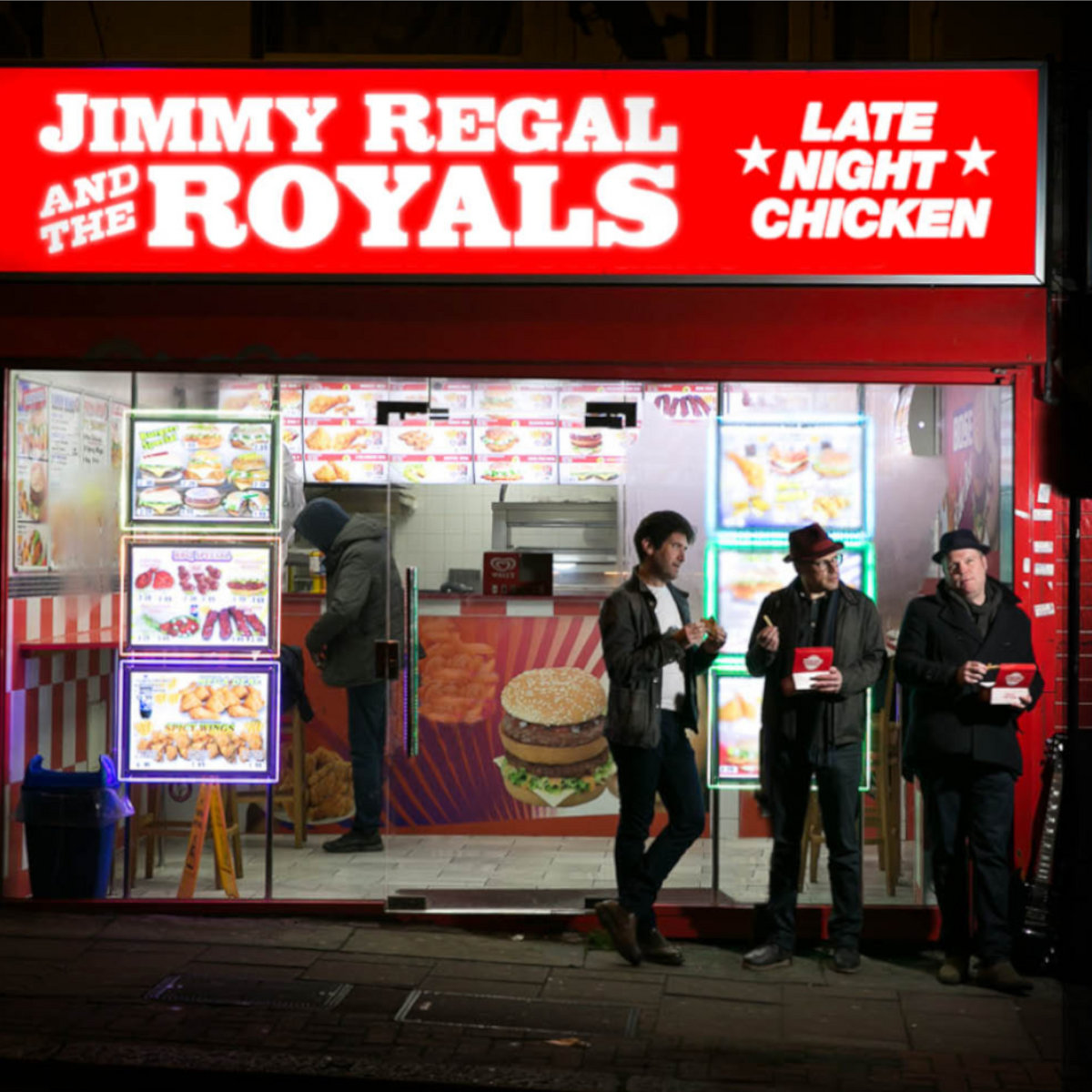 There’s something in the water down on the Thames delta. A mixture of spent diesel, toxic hydrocarbons and perhaps even a dead body or two seems to permeate the musical soul of its inhabitants. From Peter Green to Dr. Feelgood the tradition of raw Rhythm & Blues and the desolate mudflats of Canvey Island have left an indelible mark on the UK music scene – lets add Jimmy and the boys to the list.

‘Late Night Chicken’ is a more mature beast than their previous record – though old broiler it isn’t. As good as that debut was, this time around the band have largely dispensed with cover versions and struck a rich song-writing seam that gives the band its own identity. Recorded as it was on a former lightship on the banks of the Thames, is perhaps apt, as Jimmy Regal and co have definitely found their ‘ahem’ sea legs here.

The blues may be a derivative art form that to some is a musical straight-jacket but in the hands of true zealots it still has the possibility to move the soul (and the feet) to devastating effect. Producer Simon Trought wisely recorded much of the material live and the raw power of this trio is evident from the get go. The decidedly Bo Diddleyesque stomper ‘Late Night Chicken’ where the dazzling harp skills of Joff Watkins and the staccato riffing of C.J. Williams invoke memories of Dr Feelgood in their prime gets things off to a rip roaring start and things don’t let up. ‘Suns Gonna Rise’ follows with a John Lee Hooker vibe that sways with a primal undertone thanks to some heavily distorted harp and is somewhat reminiscent of early Aerosmith at times.

Though wearing their influences on their sleeve the band vary the textures throughout and none more so than on the eerily epic instrumental ‘Regal Alley.’ It begins with an other worldly intro via some imaginative axe scraping and harp interplay. It then takes us into chilling 1960’s Peter Green territory before taking flight, propelled by the feisty playing of drummer Sammy Samuels and the chiming guitar tones of the versatile C.J. Wilson.

On the face of it an album titled after the greasy chicken joints of South London may not be the most promising of propositions. But fear not. This is finger, lickin’ good!

Out now via their record label, www.lunariarecords.com.