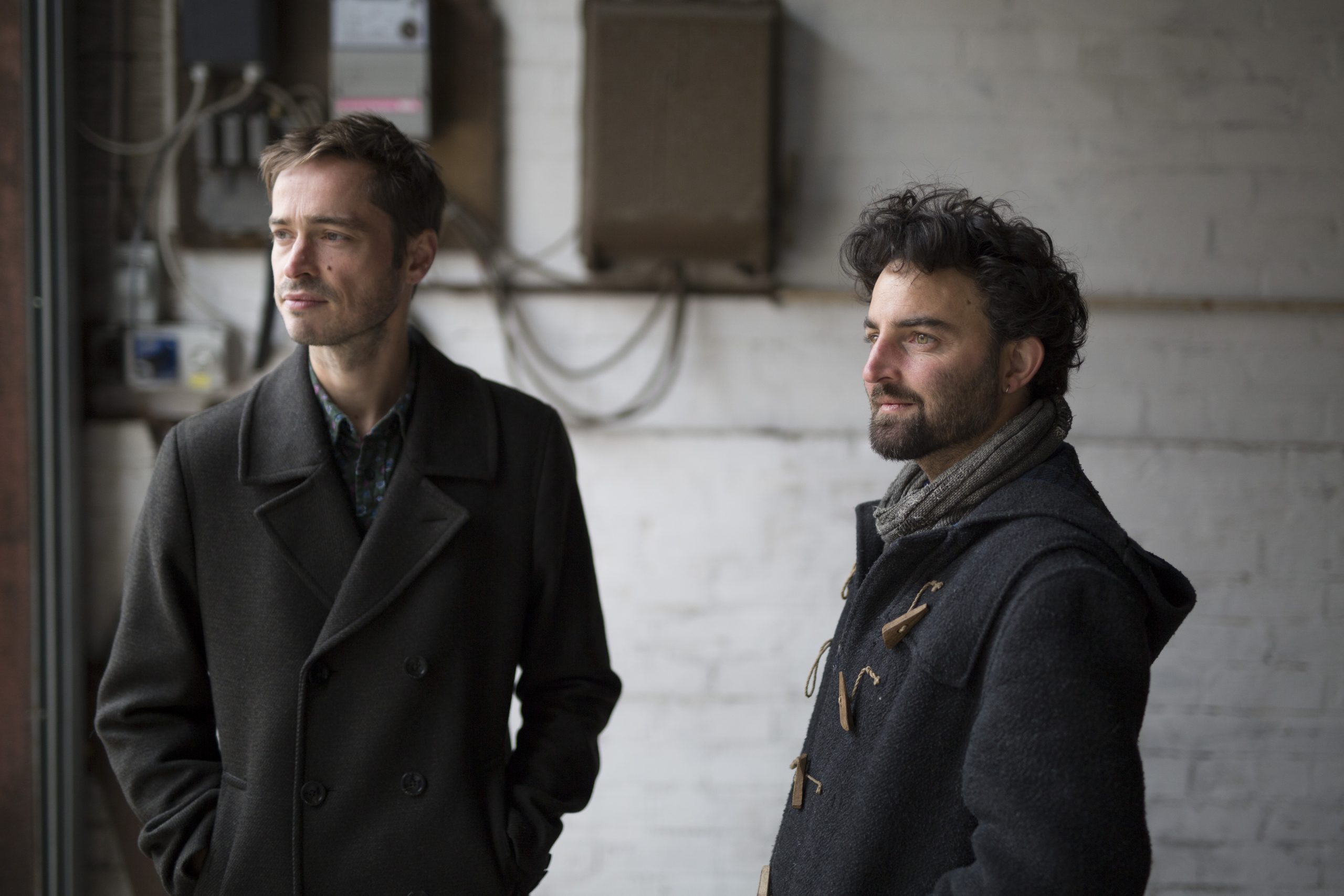 Jimmy Aldridge & Sid Goldsmith are one of the most celebrated duos to have emerged onto the British folk and acoustic scene in recent years. Their combination of outstanding vocal work, sensitive instrumentation, and a powerful social conscience has brought them widespread critical acclaim.

​‘Making common cause between antique songs and present circumstances is one of the grails of modern folk, one this young duo pull off impressively…Rousing stuff.” – The Observer

The songs they perform are always given centre stage  but they are brought to life with stunning musical arrangements and vocals. There is an integrity that shines through their performances and a common thread of political struggle, resistance, and justice.

Fans of the duo will be thrilled to learn that after 10 years on the folk scene Jimmy & Sid are embarking on an anniversary tour this autumn.

To celebrate this milestone decade of music-making they are presenting a retrospective show with songs and tunes taken from across their 4 albums plus a few new offerings to kick-off the next 10 years.

The duo’s live performances are a celebration of traditional music but there is also a deep integrity and sincerity that stems from their passion for the social themes within the music. There is a common thread of political struggle, resistance, and justice as well as the occasional love song. Their shows manage to be both hard-hitting and uplifting and it is this ability that justifies their reputation as two of the most exciting musicians and social commentators on the scene. 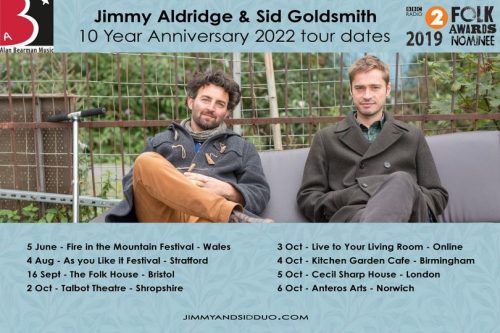 ‘To be a great folk singer, you have to be a great storyteller, as Jimmy Aldridge and Sid Goldsmith are clearly aware. The duo are both fine singers and multi-instrumentalists.’ – The Guardian