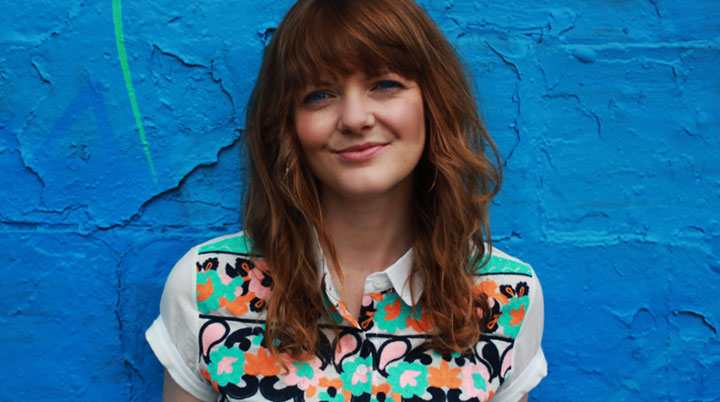 DIY singer/songwriter Jess Morgan takes the do-it-yourself concept to new levels creating handmade vinyl records in her Norwich home. Jess has made a limited run of 7” vinyl of the song ‘Still In Fashion’ (from her album ‘Edison Gloriette’) for release exclusively at Relevant Records in Cambridge for Record Store Day on April 22nd 2017. Jess will also perform an acoustic set at 12pm at Relevant Records.

This limited run of ‘Still In Fashion’ follows 2016’s run of ‘In Brooklyn’, released as part of the PledgeMusic campaign for ‘Edison Gloriette’ as featured on The 405 who called her “a true DIY artist in her element. Seriously, she does it all”. Jess talks about the process:

“It took a while to hit upon the right recipe – ratio of catalyst and silicone mix to pick up the grooves of a record while still holding its shape and not shrinking back. I also used paper / car / demo tape / duct tape and foil to build up texture in relief which would become the mould and transfer a raised design onto the resin. Eventually I used a thick kind of foil tape – which I think is used for insulation in plumbing – as I wanted to see if I could recreate the fine lines of a sketch in relief. Since working out how to successfully ‘clone’ a record, I spent almost a year – on days in-between touring and recording – experimenting with different ways to make the records special. In the early stages, I found colour mixing – within the resin really quite difficult. I experimented with dye, ink and paint to add a colour injection.”

The artwork for ‘Still In Fashion’ is designed by Jess, with a disc cut from the sleeve and trapped in the centre of each record.