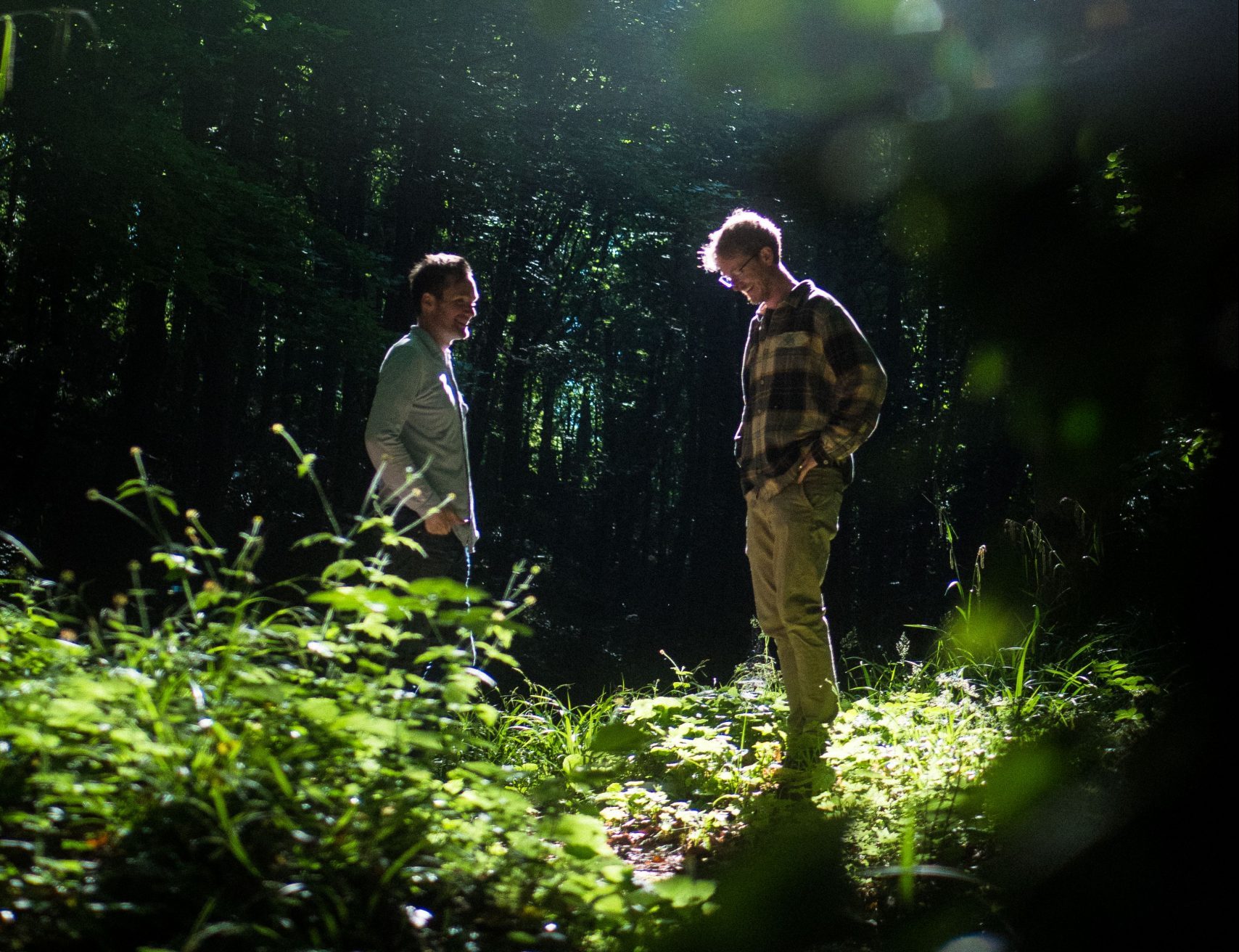 Songwriting duo Jacob & Drinkwater have shared ‘To Call You Friend’ the second single from their new album ‘More Notes From The Field’, released on the 29th October through Polyphonic Life Records.

Made up of singer- songwriter Tobias ben Jacob, known for his work in The Roots Union and two acclaimed solo albums alongside multi-instrumentalist producer and session musician Lukas Drinkwater, known for his collaborations with artists including Emily Barker, Frank Turner, Seth Lakeman, Will Varley, Tankus the Henge, Marry Waterson & 3 Daft Monkeys, the pair first collaborated together on stage at Glastonbury in 2014 and have gone on, over the course of an album, live record and EP to become one of British folk’s brightest and most exciting acts.

Offering the second and final preview of their new album, the duo have shared new single ‘To Call You Friend’ – Collaborating with acclaimed singer-songwriter Emily Barker and flexing their Americana muscles, ‘To Call You Friend’ floats over a buoyant arrangement of guitars, piano and organ with soaring harmonies and country-adjacent melodies. A lightning in a bottle moment from two of Britain’s finest songwriters, this new single has as much in common with the leading lights of American songwriting like Hiss Golden Messenger or Dawes as it does with the British folk luminaries that Jacob and Drinkwater so often collaborate with.

The song is a eulogy to a close friend and fellow musician who passed away in 2019 and explores our shared obligation to care for each other. As with much of the album, the song digs deep into the idea of friendship, with ‘To Call You Friend’ written to sit at the centre of these conversations.

The follow up to their 2019 debut album ‘This Old River’, ‘More Notes From The Field’ was written remotely between the pairs respective homes in Poland and Stroud during lockdown. The new album centres around themes of friendship and human connection, continuing the threads of mysticism, nature imagery and history that also run through their debut. The album’s sonic landscape has broadened from the core sound of fingerpicked guitar, upright bass and rich harmonies that have defined their sound so far to include captivating arrangements utilising drums, synth, piano and electric guitar.