Is it August yet? Oh right, it must be Devon then… 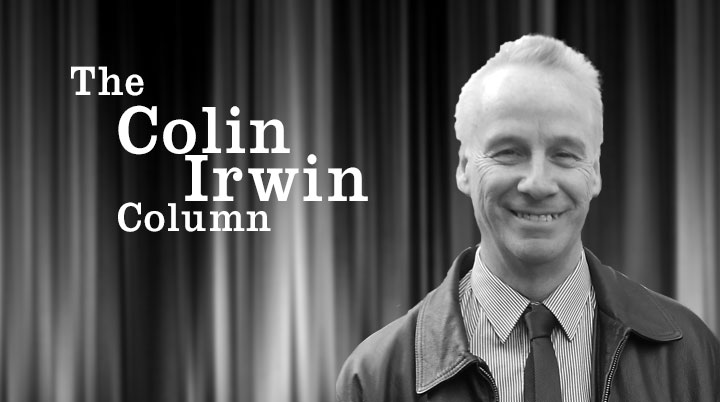 My journey to Sidmouth had been long, colourful, tiring and yes, I freely admit it, occasionally squiffy. Well, there was that strange festival on the edge of the Arctic Circle in Iceland and nobody stays sober in Iceland for more than 10 minutes at a time, what with that 24-hour daylight and all.

Then there was the visit to another remote coastal outpost…HebCeltin Stornoway in the outer reaches of Scotland’s Western Isles where – apart from the rude discovery that the band who call themselves Stornoway are actually from Oxford – the musical delights of KT Tunstall, Eddi Reader and Peatbog Faeries are shared by a surreal invasion of Russian and Polish sailors, who’ve docked in Lewis during a respite from the Tall Ships Race.

After that it’s an audience with Bellowhead et al at Cambridge, the dizzying beauty of Laura Marling’s music and engaging personality accompanying me all the way to the nation’s oldest and most revered folk festival. So here we are by the seaside again, in sunny – and by golly, yes it IS sunny – Sidmouth.

Sadly I’d missed Acker Bilk by then (not to mention Roy Bailey & Tony Benn, clog legend Jackie Toaduff and a thousand workshops, singarounds, dance displays, street theatres and animated talking-bollocks sessions at the dead of night in the Bedford Hotel), but with five or six different events constantly vying for your attention seemingly for every moment of every day, you become used to bumping into people insisting you’ve just missed the greatest concert/session/display in the history of folkdom.

It has been thus in Sidmouth since 1955, though way back then it was primarily a dance festival (the late Mike Waterson used to tell a still indignant story of the Watersons initially getting a very frosty reception from the organisers when they first went there to sing). It has had its moments of crisis along the way, too – not least in 2004 when Mrs Casey Music bailed out of running the event over funding issues – since which Sidmouth Folk Week has steadily reasserted itself as one of the folk world’s core events of the summer, climaxing with last year’s seminal Nic Jones tribute concert, famously graced by the man himself.

Hard to top that one, but artistic director Joan Crump is nothing if not rampantly imaginative, combining a sharp sense of folk history with a rich instinct for dramatic presentation, and – following on from Jon Boden’s terrific one-man Peter Bellamy tribute last year – came up with the idea of staging what many regard as Bellamy’s crowning achievement, his ballad opera, The Transports.

There are some fine performances to savour along the way – Northern Irish singer Roisin White, an unusual Taffy Thomas storytelling session involving on-stage cooking and audience tastings, the ubiquitous presence of Spooky Men’s Chorale, a warm solo performance by Jez Lowe, a lovely set from Hannah James & Sam Sweeney, a memorable unaccompanied rendition of Billy Joel’s Piano Man by an unidentified suspect in the Bedford bar, Martin Carthysinging Bright Phoebus in The Volunteer and further evidence of Emily Portman’s impressive blossoming, in company with Rachel Newton and Lucy Farrell. There’s even Jim Moray’s ‘Never Mind The Bandoggs’ chaotic-but-fun game show/quiz, not least due to the blindfolded Belinda O’Hooley and Heidi Tidow’s miserable ‘Feel The Folkie’ attempts to identify mystery guest Ashley Hutchings…even when the blindfolds are off! James Fagan singing/rapping a Jamie Oliver recipe to the tune of All Things Bright & Beautiful at the same event is another wonder…

The marquee is packed, the anticipation intense, but by the end of the first half the jury is still out. The show’s director Jude Kelly has decided to prelude the opera with a talk – illustrated by relevant musical items from Eliza Carthy, Jackie Oates, Gavin Davenport, The Young ‘Uns, Lester Simpson and Jez Lowe – to set the true story of the first fleet of convicts transported to Australia from Norwich Gaol in 1787 into the proper context of the times. It’s interesting enough, though Kelly’s lecturing manner does make you feel like you should be making notes for an exam to follow.

Such reservations, however, are blown out of the water as soon as the show proper starts. As street singer, Martin Carthy – the one returning member of the original 1977 cast recording (on which he played the kindly Turnkey) – offers a radically different, more grizzled narration than Bellamy’s rampantly flamboyant original and Sam Sweeney’s fiddle accompaniment is far more dainty than Dave Swarbrick’s playing in the same role back in 1977; but neither is less effective.

In fact, as the production evolves it is striking how effectively this cast retain the sentiment and richness of Bellamy’s work (and Dolly Collins’ arrangements) while firmly putting their own stamp on it. If it’s initially a bit…well…ODD to watch brother and sister Jim Moray and Jackie Oates playing the lovers Henry Cabell and Susannah Holmes at the heart of the story, it’s worth remembering those roles were originally also taken by a brother and sister, Mike and Norma Waterson; and, if Moray and Oates themselves seem a little self-consciousness duetting lovingly together, they still conjure a powerfully emotional centre-piece. Indeed, Moray achieves the impossible by almost erasing the memory of one of Mike Waterson’s greatest vocal performances with his own simmeringly charged delivery of Black and Bitter Night.

Everywhere you turn there are similar tour de forces. The increasingly impressive James Fagan sympathetically replicating Martin Carthy’s old Humane Turnkey role, Damien Barber emotively kicking things off with one of Bellamy’s best songs Us Poor Fellows, Lester Simpson confidently stepping in as a late replacement for Jim Causley as The Convict, Eliza Carthy’s memorable unaccompanied Leaves In The Woodland and Gavin Davenport doing a sterling job to put his own mark on The Robber’s Song, one of the most distinctive tracks on the original album when performed by A.L. Lloyd. Whichever way you approach it, the new production is a roaring success and must surely be the pre-cursor of a wider Transports revival.

Back in the Bedford later, the celebratory drinks flow and birthday cake comes out for Jackie Oates and there’s no shortage of talk of further shows. Full of praise for director Jude Kelly, Martin Carthy declares it the best production of The Transports there has been, while the rest of the cast apply themselves to a complicated arrangement of Speed the Plough on miniature bells…

Would Peter Bellamy himself have approved? I ask his widow Jenny Bellamy. “I think,” she says, carefully weighing her words, “that this producton was performed very much in the spirit Peter intended, as a song cycle. He’d be thrilled and very proud…”

Indeed he surely would…