Irish Mythen – A Question of Firsts 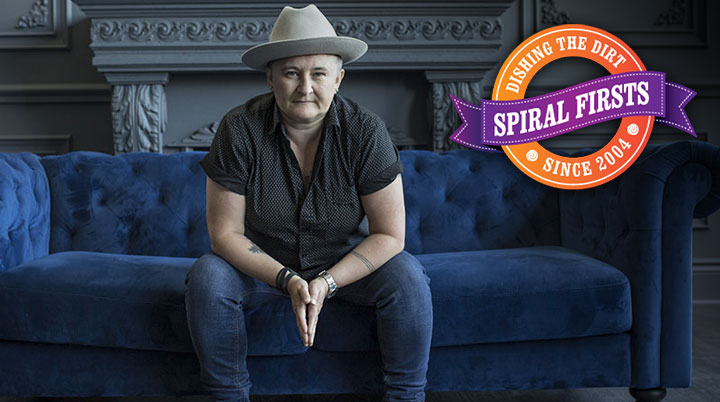 My intros to these pieces generally involve me roasting the artist slowly over a gentle heat. There’s always something I can tease apart about them for a cheap laugh (What, you thought this was a high-brow view into someone’s inner psyche?). But Irish Mythen has stymied me with one short sentence – on her Twitter profile she states (amidst the guff about music and story telling), ‘Collects books and music’. Sorry everyone, but there is no way on earth that I can criticise a fellow book collector. So here then are the firsts of the utterly perfect Irish Mythen…

FIRST RECORD YOU EVER BOUGHT
Brothers in Arms Dire Straits

FIRST GIG YOU EVER SAW
Tracy Chapman and The Hothouse Flowers, okayed The RDS and I still have the ticket stub

FIRST PERSON YOU FELL IN LOVE WITH
Bruce Lee

FIRST THING YOU’LL ABOLISH WHEN YOU RULE THE WORLD
Men having rights over a woman’s body, like piss off already 🙄

FIRST PERSON YOU’D SEND ON A ONE-WAY TICKET TO THE HEART OF THE SUN
….I live in Canada so our neighbour across the border

FIRST INSTRUMENT YOU EVER OWNED
A Yamaha F16 my Mam bought it for me when I was a kid. Best gift any one has ever given me

FIRST PERSON YOU’D RAISE FROM THE DEAD
Well me if I’ve just had my funeral song played, but other than that Anthony Bourdain

FIRST PLACE YOU’D VISIT IN A TIME MACHINE
1960’s Ireland and hang with my parents because they were, and remain, the hippest people I know

FIRST THING YOU’D LIKE TO CHANGE ABOUT YOURSELF
My temper