Interview – The Insects, soundtrack composers on The Living and The Dead 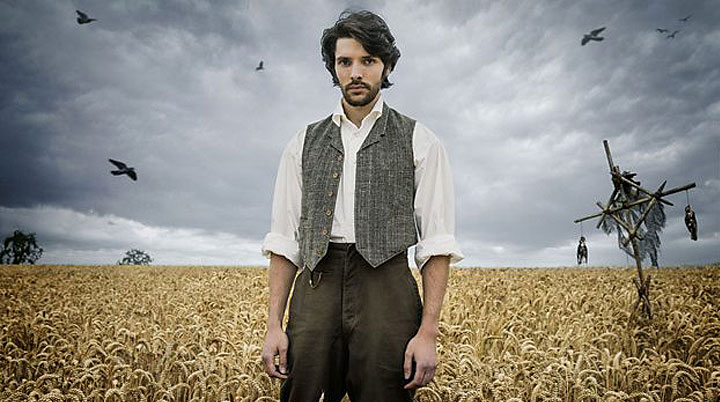 The Living and The Dead is a six part BBC supernatural drama series set in the late 1800s in the West Country. Written by Ashley Pharoah and Matthew Graham, co-creators and writers of Life On Mars and Ashes To Ashes, the BBC synopsis is ‘Somerset, England, 1888. A land and a community on the edge of monumental change, on the great hinge between ancient traditional ways and an industrial, scientific future. A land of ghosts and myths, poltergeists and demons – if there was ever a time for those ghosts to rise out of the ground, this would be that time. At the heart of this small community is Nathan Appleby, a reluctant gentleman farmer who is obsessed with proving the existence of the afterlife.’ 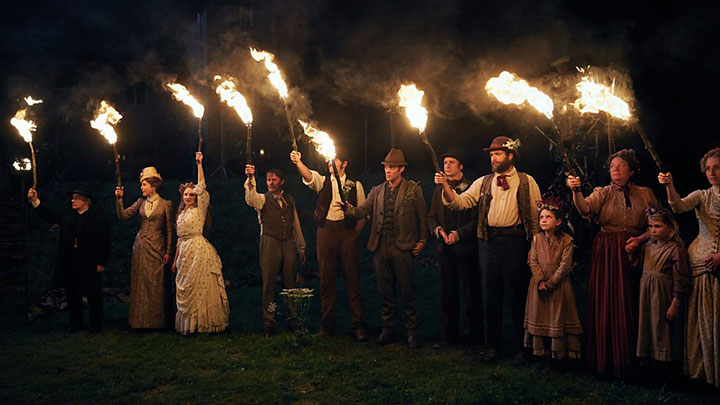 And what a series it is, it feels like Susan Hill (The Woman in Black), MR James (writer of superb supernatural fiction), and Thomas Hardy all sat down and spun a tale that twists and turns, scares and terrifies whilst packing a real emotional punch. The acting, cinematography and direction are every bit as good as the writing, but something that really appealed to us was the soundtrack, commissioned from Bristol-based duo The Insects. 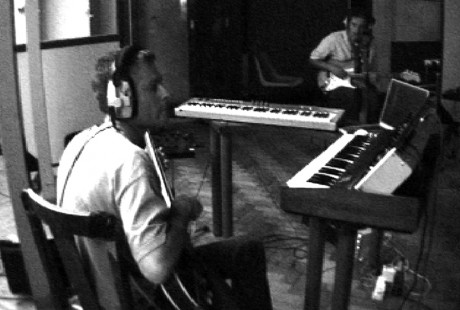 The soundtrack features a mix of original material and traditional songs, from the main titles ‘A Lyke Wake Dirge‘ through ‘She Moves Through the Fair‘ to the more modern ‘The Reapers Ghost‘ the soundtrack delights throughout. We love what they have achieved with the trad material, especially having singers like Elizabeth Fraser of Cocteau Twins and Massive Attack, plus the ‘purveyor of hearty and persuasive noir honky tonk’ Howling’ Lord. So we got in touch with the Bristol based duo for a quick interview…

Can you give us a quick overview of The Insects and your scoring work?

We started life as a Bristol based band called ‘Startled Insects’ back in the late 80’s. We had a live multimedia/film show to which we performed instrumental music . During this time we were signed to Island Records and released two albums for them – ‘Curse of the Pheremones’ and ‘LifePulse’. As well as recording for Island we started to get commissions writing music for BBC Natural History films – the NHU being based in Bristol was quite handy – and that was the start of our film composing career. We eventually got dropped by Island, due to spectacularly low record sales, and one of the original band members left to do his own thing and we became simply The Insects.

We continued to write for Natural History films – winning an Emmy award in 1997 for ‘Life at the Edge’ (National Geographic) – but also increasingly writing for TV dramas and feature films. We also did a lot of writing & production work for other artists including Massive Attack, Tricky, Madonna, Goldfrapp, Alison Moyet & The Flies. More recently we got a writing credit for a track called ‘Freestyle 4’ which is on the latest Kanye West album ‘Life of Pablo’. 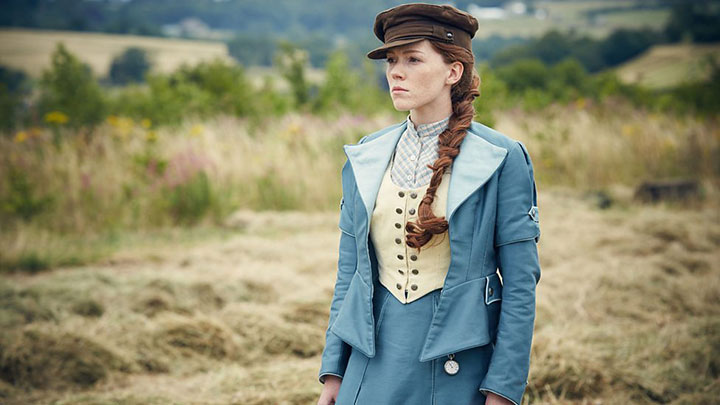 So with a project like the Living and the Dead, at what point do you get involved and how long do you get to really get into the vibe of the project?

With TV drama’s we are often involved quite late in the process, but with The Living and the Dead we were on-board before filming started. A lot of the ideas for the score originated in the script. There were a lot of narrative threads and themes. Obviously a lot of spooky stuff required – ranging from mildly unsettling to raging horror ! …but also a central love story and a tale of unrequited grief. Above everything else was the fact that this was not a conventional period ghost drama, it had the added time-shift elements which underpin the entire series. This latter element really helped us to go ‘off-piste’ when composing the soundtrack.

Are you given a brief of what the producers want it to sound like, or is it a case of defining the mood they want to create in the episodes?

One of the most intriguing aspects of the show is the use of traditional use of folk songs performed within the show itself. At our first meeting with the producers and director Alice Troughton, this folk element was the subject of much discussion – and it was Alice who first suggested that we cover ‘She moves through the Fair’ and use Elizabeth Fraser on vocals. So we thought ‘why do one cover ?’ and began the process of selecting the songs. It has to be said that the producers and director were very keen that our arrangements were not too ‘folky’ – they wanted us to do something different with the genre.

You have chosen some great traditional songs, and some more recent ones that work amazingly well with the series – how long did that process take – with the mountain of trad folk song available!

Choosing the songs took a LOT of work, though we were helped by Tim Laycock who was music consultant for the music filmed & performed live on the show, and who has a great knowledge of West country folk music & traditions. We were looking specifically for lyrics that had a supernatural content and – just as importantly – we were looking for great ‘haunting’ tunes and melodies which we could run with. We decided that geographical or historical authenticity was just too limiting and not essential given the nature of the show.

Can you tell us a bit about your choices for songs and vocalists, all of whom are stunning it has to be said…

All the vocalists featured on the folk are based in Bristol and we’ve worked with them before on a number of projects.

The main Titles theme which is used throughout the series is a version of ‘A Lyke Wake Dirge’ which is an old tune with Pagan, pre-Christian roots. It describes the journey and travails of the soul after death. The singer is singer/songwriter Mark Leggasick aka Howlin’ Lord. Mark’s own material is very American in influence, but we thought he would really suit this song – which proved correct!

For ‘She moves through the Fair’- which features on episode 1 – we used Elizabeth Fraser on vocals. There’s no doubt that Elizabeth is a special and unique singer , and the vocals here are wonderful . The backing drone that we use is a combination of various analogue synthesizers, bowed double bass and bowed psaltery. Another track we did with Elizabeth was ‘The Lovers Ghost’ which plays over the end titles in episode 4.

‘The Reaper’s Ghost’ was written in 1935 by the American singer, songwriter and ‘minstrel’ Richard Dyer Bennet. He not only wrote his own songs but was an avid collector and recorder of American, English and European folk music. He was a big influence on the 40s and 50s folk revival in the USA- amongst his fans were Pete Seeger, Judy Collins and Joan Baez. He wrote ‘The Reaper’s Ghost’ after overhearing a conversation in a pub in rural Norfolk in the UK. The conversation was about a local farmhand who was seen crossing a hayfield at sunset. He passed behind a pile of hay and was never seen again! The singer on this is Sean Cook (Spiritualized, Lupine Howl & The Flies). We recorded an album with Sean as ‘The Flies’. ‘All too Human’ was released in 1997 and was described as ‘…the Velvets on a David Lynch set’. We just knew that Sean could deliver on this with just the right amount of menace.

We did another version of ‘The Reaper’s Ghost’ with singer Tom Tetley (Motherbeef & White Bully).Tom’s background is more grunge rock – not that you would know from spooked intimacy of his delivery.

We have been really surprised by the response to the soundtrack – it certainly seem to have struck a chord !

The soundtrack is available as a digital download direct from The Insects website – and we thoroughly recommend having it in your collection.

The Living and The Dead is available on the BBC iPlayer, iTunes and will be released on DVD 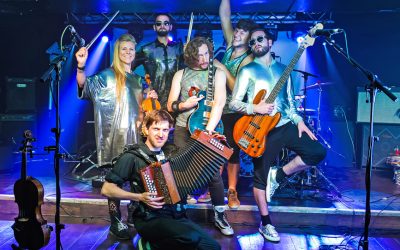 Their bold and riotous modern folk rock is built for late nights and big stages. Hold on to your tri-corn hats and be prepared to stamp your wooden legs, ... 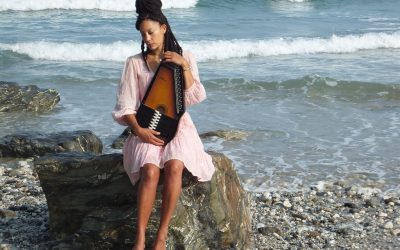 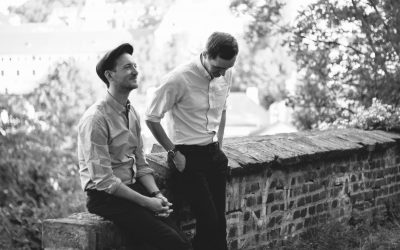 Jacob & Drinkwater have come a long way since their first gig together in a tea tent at Glastonbury 2014; cementing their reputation as one of the...