India Electric series of EPs – ‘Songs in the City’ 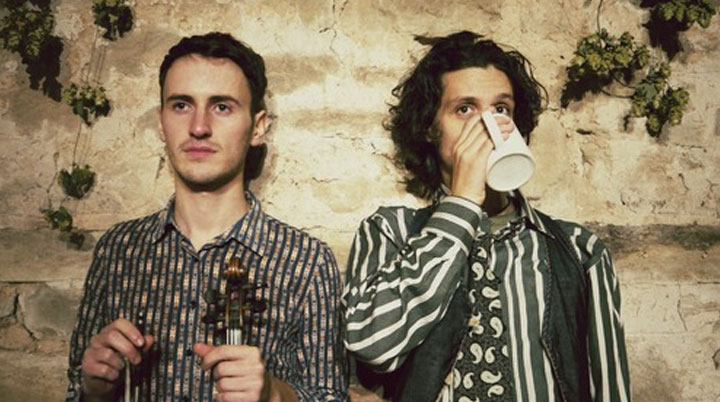 In 2015 Devon duo India Electric Co made an emphatic entrance onto the acoustic music scene with a beguiling debut CD that was gloriously impossible to pigeon hole.

Arriving seemingly fully formed on the scene the ‘twenty-somethings’ dazzled with their original material – the sublime vocals of Stacey complementing the huge talents of pianist, violinist and accordionist O’Keefe, probably one of the best young multi instrumentalists in the country. Since then they have played festivals from Glastonbury to Cambridge (featuring on the BBC Radio 2 Cambridge Folk Festival special, presented by Mark Radcliffe), performed a live session on Tom Robinson’s BBC 6 show, played London’s Union Chapel and toured the world with former Ultravox frontman Midge Ure, as both his opening guest act and his band.

EC1M, released Friday, May 5, 2017, is first out of the box, laying down the urban gauntlet. The duo made the move from rural Devon to the metropolis a few years ago and opening track Farmiloe is named after the Clerkenwell building they first lived at in London (as property guardians), ECIM being its postcode. The iconic Victorian building is beloved by film companies and famous not least for playing a starring role in the Batman movies!

The EP was recorded partly at the Farmiloe building and partly at the National Trust’s atmospheric Sutton House (where they played a memorable gig last year) – a 16th century merchant’s house and one of the oldest buildings in London’s East End. The unique acoustic stamp was fused with vocals recorded in an empty, half-built Devonshire home.

The intriguing opening song features swirling keys, sliding violin and squeezebox – swelling and shifting in a song of uncertainty with an interval of found sound recorded in Paris, where they once lived. The chorus references the traditional song Farewell He (a song collected by Miss Wyatt Edgell in 1902 from an elderly blind woman) and American poet E.E Cummings.

The beautiful trance-like limbo of Parachutes which owes a debt to American poet Barbara Guest’s Parachutes My Love Could Carry Us Higher pitches ascendant fiddle and insistent underpinned prepared piano in a fragile, suspenseful song around which the trad tune The Green Gowned Lass wraps itself warmly before the song befittingly ends in mid-air.

The tempo picks up and persistent piano comes to the fore in the eclectic urbanised Camelot – closely mic’d to emphasise the full force of the hammers. Arresting, layered sound takes off on a tangent and no known destination.

The duo’s ‘keep you guessing’ genre hopping heads into a jazz underworld in The King of Rome. A musical backcloth simulating teeming traffic and non-stop noise is played out alongside a chorus encapsulating the true story of staying power and endurance when a ‘no-hoper’ racing pigeon “The King of Rome” won the most famous pigeon race in the world on 1913, flying over 1,000 miles from Italy to England.

The profound and affecting fifth and final track Castles in Spain was inspired by a passage from the medieval French poem The Romance of the Rose, (described as an “allegorical dream vision”) – “Thou shalt make castles in Spain; And dream of joy, but all in vain”.

Sound swirls in crescendos in this “castles in the air” song of the unattainable bringing the EP to a spellbinding conclusion. Released on the Shoelay record label the EP will be distributed by Proper Music.