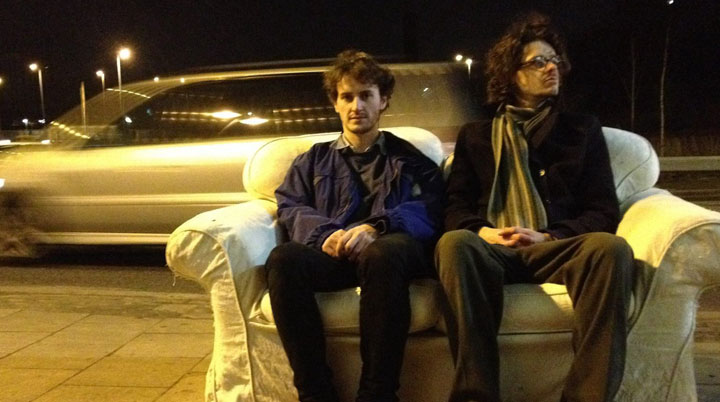 India Electric Co – are to play a completely unplugged, candlelit gig at the National Trust’s stunning Tudor Sutton House in the heart of Hackney next week. The prestigious gig on Friday, July 15 will see Cole Stacey and Joseph O’Keefe playing in two rooms of the 16th century merchant’s house – one of the oldest buildings in London’s East End. The first set will be upstairs in the oldest room in the house and the second set downstairs will see multi-instrumentalist Joseph at the keyboards of a Steinway grand piano. They will be unveiling several new songs.

Says Cole: “We’re very excited to be debuting some of our new songs amongst 16th Century wood-panelled rooms, with Joe on a Steinway grand piano and a harpsichord that neither of us can get a note out of yet! If that hasn’t swayed you then there will also be a bar!”

See Cole and Joe in rehearsal:

Ingenious singer songwriters, musicians and coffee connoisseurs, Cole (26) and Joe (24) spent a year writing and recording the 10-track debut album The Girl I Left Behind Me. Reflecting their shuttle life style on both sides of the English channel (they lived in France for a time) the heady concoction brewed in Devonshire barns and stirred in Parisian cafes attracted instant widespread media acclaim when released last year.

While Stacey shines as a vocalist O’Keefe impresses as a breath-taking multi-instrumentalist. The material is inspired by roots themes from Eastern Europe to Africa, through to Latin America. Gregarious gypsy jazz sidles alongside the influence of lively Irish reels, fresh arrangements of 18th century sea shanties and beguiling self-penned songs of winsome emotion.

The duo have announced their first tour of Ireland with Midge Ure next February with dates in Belfast, Dublin, Cork, Galway and more as part 2 of Midge’s Something from Everything Tour. The duo open for him and then play as his band. Before that they will tour the UK and Germany with him this year. They will play Festival 6 on September 6, the BAA Festival on Sept 11 and support Cara Dillon at Southdowns Folk Festival on September 23.