In Which – The Teacups 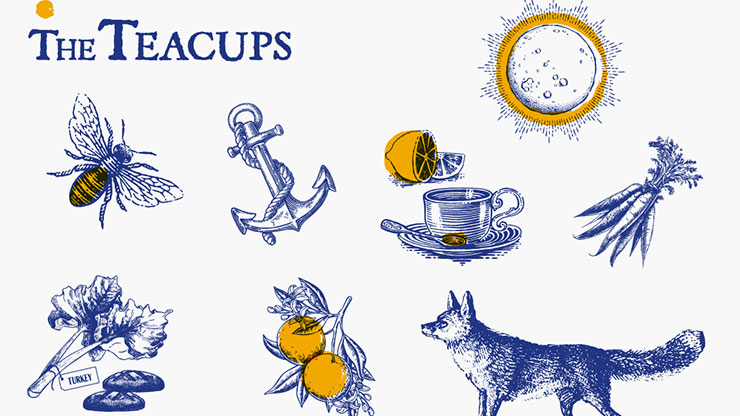 This nineteen track CD celebrates twenty years of The Teacups and to mark their decision to finally go their separate ways. Alex, Kate, Rosie and Will came together in 2010 at the Folk Music Degree course at Newcastle University where they discovered a shared love of acapella singing. The four voices combine to make sublime music; a wider range than you might think.

Some songs are traditional. There are a couple of modern covers like Bernie Parry’s ‘Man of the Earth’. Some are self-penned, like Alex’s ‘Celestial Tea’. As they put it in the liner notes: “After ten years we finally have a song about tea!” In some cases they take snippets from other pieces of writing and craft their own tunes to suit, such as ‘The Harvest Jug’  where the words were found on a jug in the Fitzwilliam Museum in Cambridge.

But this is no collection of lightweight ditties. ‘Deep Blue Sea’ has the feel of a spiritual and ‘The Morris Set’  is six minutes of technical brilliance that sits somewhere between scat singing and mouth music. Truly remarkable. Their version of ‘Her Bright Smile Haunts Me still’ will send a chill up your spine.

I suppose it’s a shame that they’ve decided to follow different paths but I prefer to look forward to what each of them will do in future as their voices mature further. Whatever they do in the coming years I’m sure it will be exciting. Deep within the small print of the CD notes is an acknowledgement that this CD was funded by a ‘Kickstarter’ campaign, which shows that The Teacups have a loyal following. I bet they are proud of this.