“If all the world’s a stage” …. As You Like It Festival 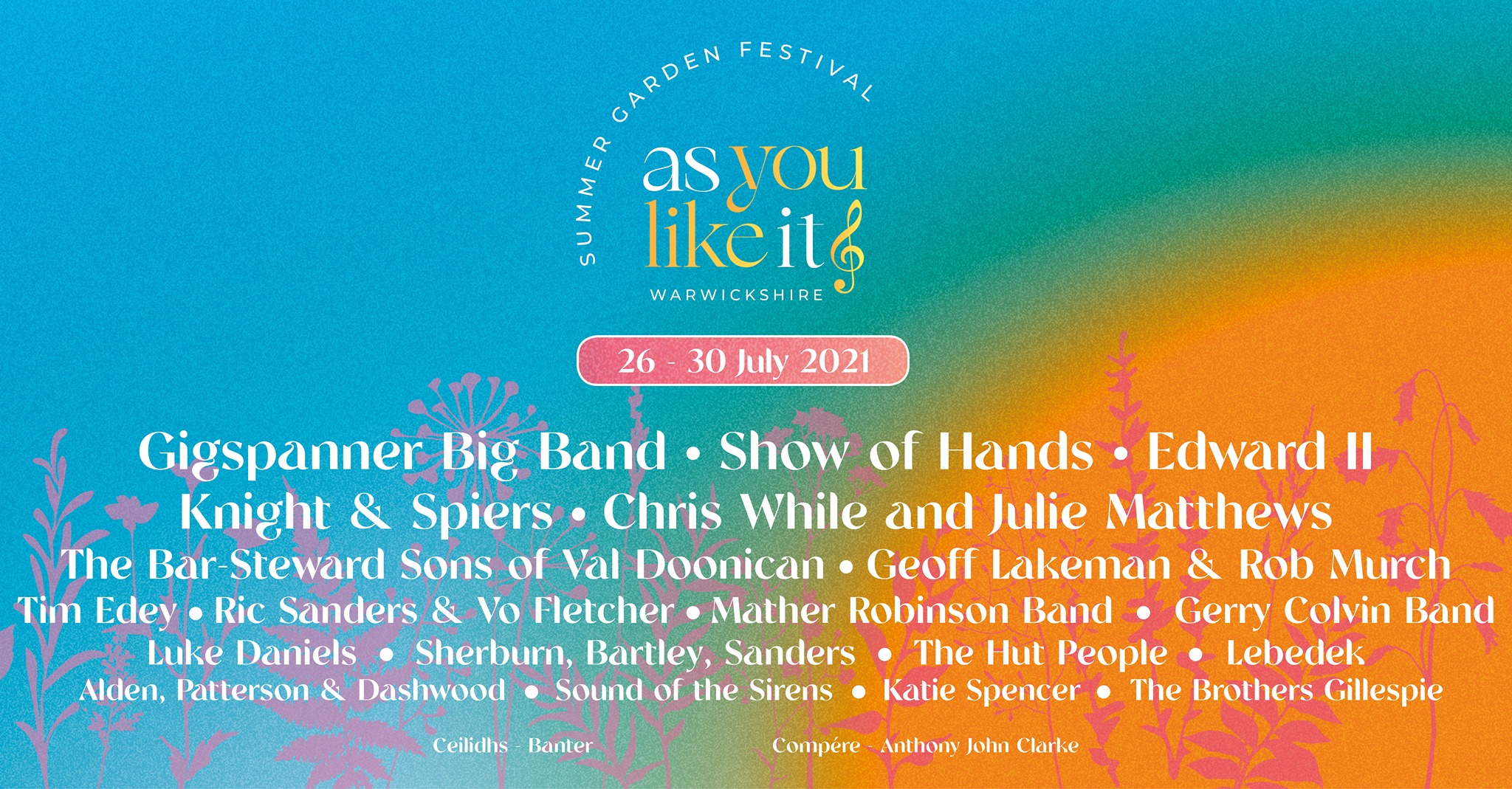 If all the world’s a stage and the men and women are merely players, then there are plenty of players for the stage at the  unique ‘As you like it’ Festival being held in Stratford-upon-Avon from 26th to 30th July this year.

Following the postponement of Costa del Folk in Ibiza to April 2022, the team were not content with allowing a whole year to go by before bringing some Costa Sunshine to a field in the UK.

“It’s been such a devastating twelve months for everyone working in the music & events industry. It didn’t feel right not to try and put something together in the UK, not only for the artists who were booked to perform in Ibiza, but also for the loyal Costa del Folk festival goers, who once again have faced the disappointment of not being able to travel.” says Director Angela Schofield, “We might not be sipping Sangria under the warmth of the Spanish sunshine, or enjoying the local brew from the Islands very own microbrewery, but we will be celebrating friendship, music and the uplifting joy that we cannot fail to recognise when listening to an artist play live on stage”. 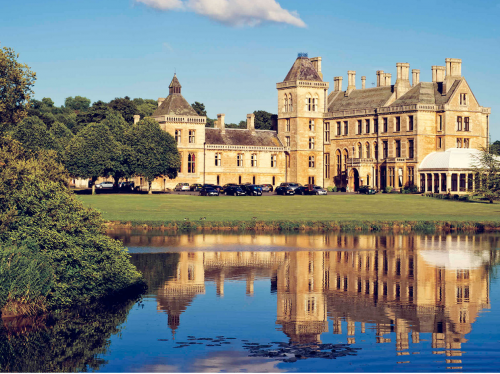 Tucked away amidst woodland, with the River Dene running through the grounds, close to Warwick, Leamington Spa & Warwick Castle there is plenty to see and do when you are not listening to the music. You can maybe grab your walking boots and enjoy one of the many walks right from the grounds, or simply relax and enjoy the peaceful surroundings.

“We have limited the numbers to a maximum of 350 so that we are able to adhere to any social distancing measures that might still be in place in July.” continues husband and fellow Director Andy, “It’s critical that we operate a safe festival and we’re pulling out all the stops to ensure that ‘As You Like It’ will be a COVID secure place to be in July.” Andy explains. “Being Hotel based, with an outdoor stage, everyone has their own toilet and bedroom to return to whenever they need. Plus, if we are subjected to the Great British wet Summer, everyone has a warm room to retire to with hot shower or bath at the end of the day.”

Programme Director John Watterson is delighted with the response from artists. “Being in a position to offer artists an alternative gig following the postponement of a festival is a privilege not afforded to many and we have been delighted with the response. It will be a real celebration of folk rock, traditional music, contemporary and roots, along with a dash of quirkiness and comedy. Add to this the ceilidhs, sessions and workshops, we think this will be a hugely enjoyable test of everyone’s stamina.”

The team have been taking bookings constantly since the festival was launched and are expecting a full house at Walton Hall in July. “The response has been amazing,” says Angela. “We are so looking forward to hosting this very special, boutique garden festival and cannot wait to welcome everyone”

(Along with Costa del Folk and the new As You Like It festival, plus recently launched Aviemore Festival, the team  also operate River Cruises showcasing top entertainers such as Richard Thompson, Fairport Convention, Oysterband, Show of Hands, Paul Carrack and Fascinating Aida. Details here www.harmonyvoyages.co.uk)